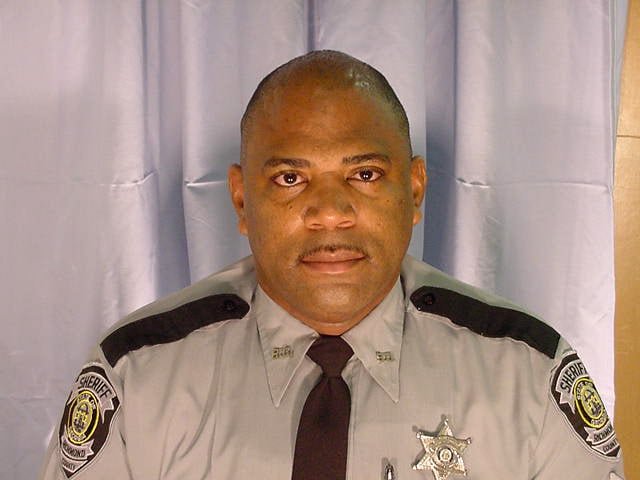 A former deputy with the Richmond County Sheriff’s Office is in custody after reportedly opening fire in the gardening department of Walmart early Wednesday. No one was injured.

Deputies were forced to use a Taser on Jesse Jackson to get him under control in the bizarre episode at the Walmart on Dean’s Bridge Road in Augusta, according to WGAC’s Austin Rhodes.

“I am told Jackson ‘lost his mind’ and opened fire with a shotgun in the gardening department. This was around 3 am,” Rhodes reported on his Facebook page. “Jackson was wearing all black, and had a shotgun wrapped in plastic. He was tazed and taken into custody with no one else injured. …  Ironically, Jackson had been working as a store security manager for Walmart/Sam’s Club in Augusta.”

Richmond County authorities have not issued a press release on the incident, but our sources have confirmed a similar report. Jackson has not been booked into the jail as he is being evaluated at a local facility.

Jackson is the veteran sergeant fired by then-Sheriff Ronnie Strength in June 2011 for falsifying a hit & run report for someone else.

According to a press release at the time, the  24-year veteran of the Sheriff’s Office completed a hit and run accident report for an acquaintance of his who stated the accident happened in Richmond County. The Sheriff’s Office received information from a citizen who advised that the accident actually happened near Atlanta. During the course of the investigation, it was determined that the subject that reported the accident made an insurance claim and had received payment for the damages.

Before his firing, he had multiple disciplinary suspensions, including an incident in which he was found sleeping on the job. He was also disciplined for lying to a supervisor, being absent for an assignment and failing to perform preventative maintenance on his service vehicle.`

“Former Deputy Jackson was arrested for two felony counts: Criminal Damage to Property in the 2nd Degree and Possession of a firearm during the commission of a crime. This incident took place at approximately 3:50 am at the Wal-Mart on Deans Bridge Rd. Jackson was observed by Richmond County deputies as he fired a 12 gauge shotgun into the garden center area of the store. Jackson then attempted to leave and failed to stop at deputies commands. Jackson was “tased” to gain compliance and was taken into custody at the scene.

“We commend the deputies for their due diligence of patrolling areas and parking lots at 4:00 in the morning to deter these types of crimes.”