AugustaCrime.com - Breaking news for Augusta, GA and CSRA.
More
HomeNewsFireworks Stolen by Aiken Thieves ... But Not For Long
News

Fireworks Stolen by Aiken Thieves … But Not For Long 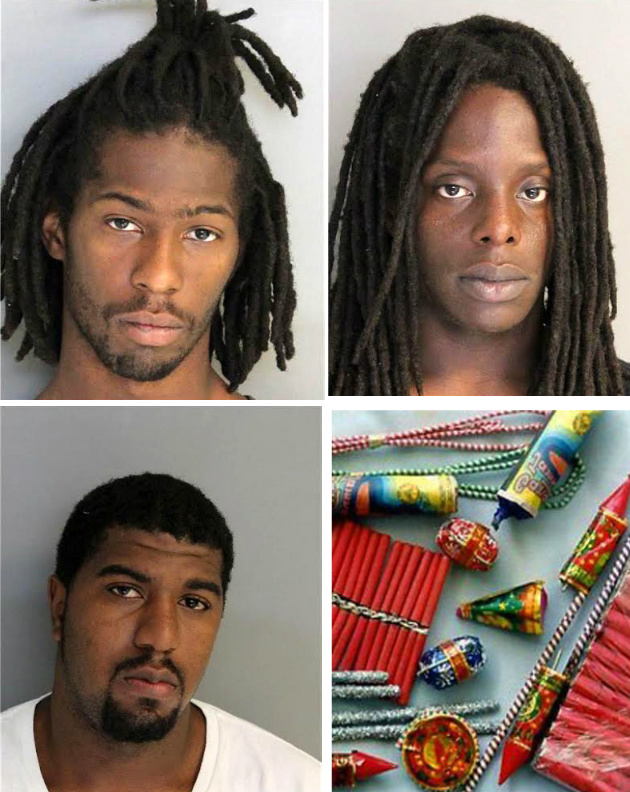 Who drives without headlights at 4 in the morning? How about a trio of thieves hoping to get away with the theft of truckload of fireworks?

Aiken County authorities say they arrested three men after their truck was pulled over for driving without headlights early Wednesday in Aiken.

An Aiken officer noticed the truck pulling out from an area next to a fireworks business on East Pine Log Road.

“The officer saw that the truck was full of fireworks and occupied with three suspects,” sheriff’s Capt. Eric Abdullah said in a press release. “One of the suspects ran from the traffic stop location while the other two were detained pending the investigation.”

Deputies soon discovered that a storage vehicle at Petersons Fireworks on East Pine Long Road had been broken into.

Arrested are (clockwise from top left) 24-year-old Lancy Cheatham, 24-year-old Allen Jackson and 26-year-old David Richardson, who ran but later surrendered. They were each charegd with breaking into motor vehicle and grand larceny.