An Augusta man became the latest murder victim in Richmond County after he was found fatally shot in his home early Tuesday.

Johnny Willingham, 33, was shot at least one time and was pronounced dead at 1:20 a.m. Tuesday, Coroner Mark Bowen said in a press release.

This marks the county’s 17th murder for the year and the first for the month of July. At this point last year, there had been 20 murders in the county.

In this slaying, Richmond County authorities responded at 12:35 a.m. Tuesday to the intersection of Telfair Street and Battle Row for shots being fired and one person being injured.

“Upon arrival deputies located a male victim inside a residence on the 1900 block of Telfair Street,” sheriff’s Sgt. William McCarty said in a press release. “He was found unresponsive lying on the floor with at least one gunshot wound.”

The sheriff’s office did not release any information on possible suspects or a motive.

Willingham is already being remembered on social media by his friends and family. 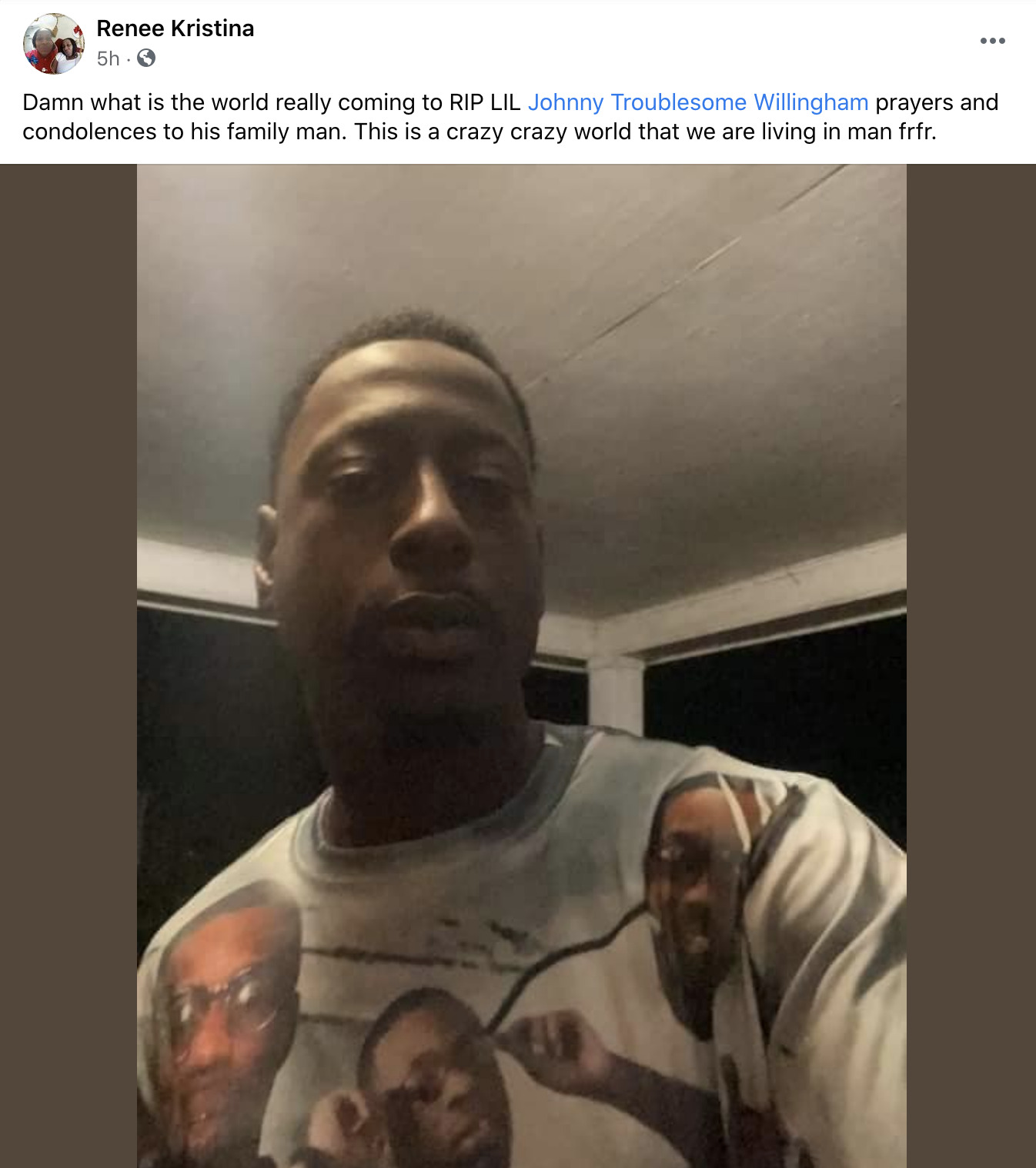 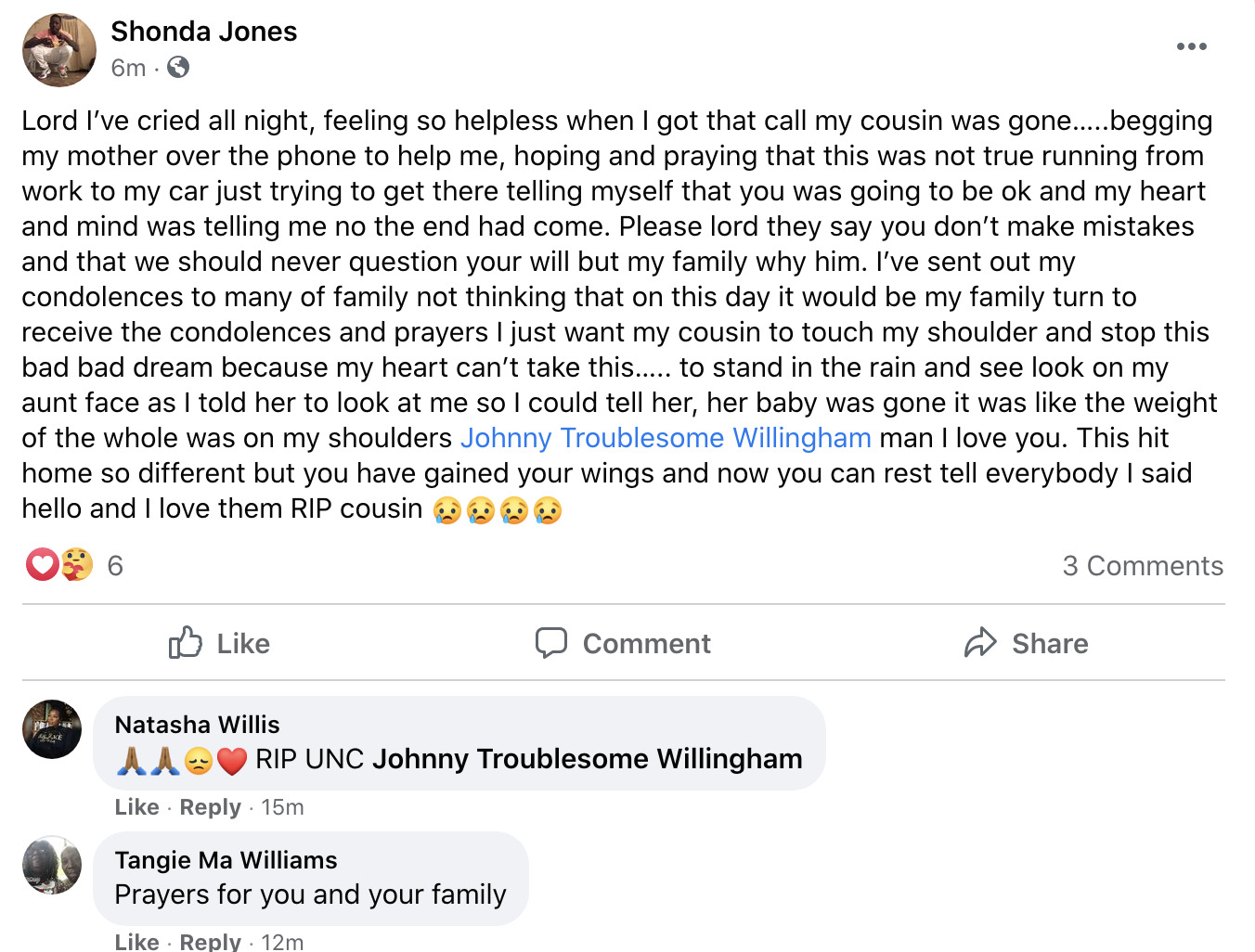 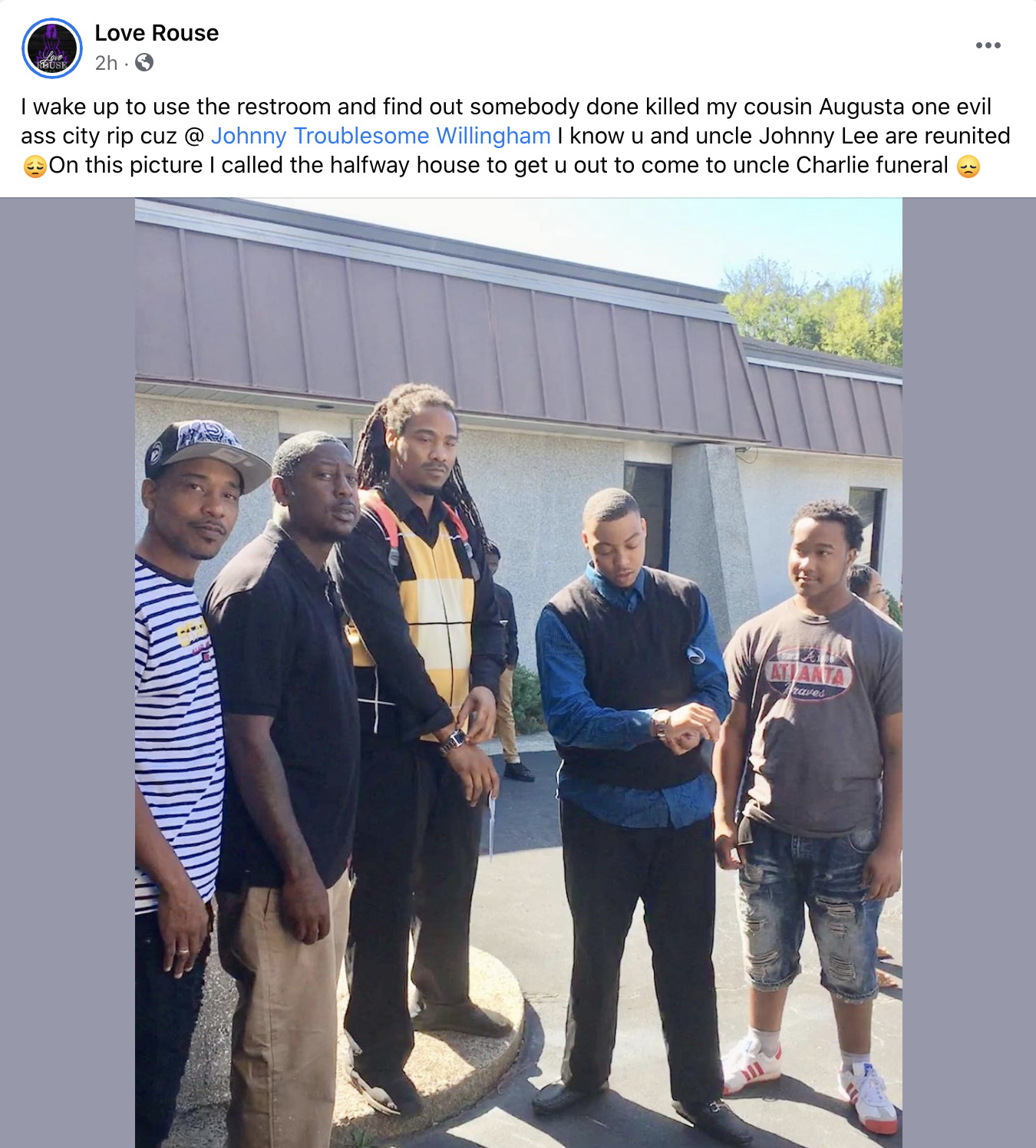 Previous articleA Year Ago, an Augusta Gas-Station Worker was Shot in a Failed Robbery. Now, 2 Arrests.
Next articleSergio Bueno-Salazar