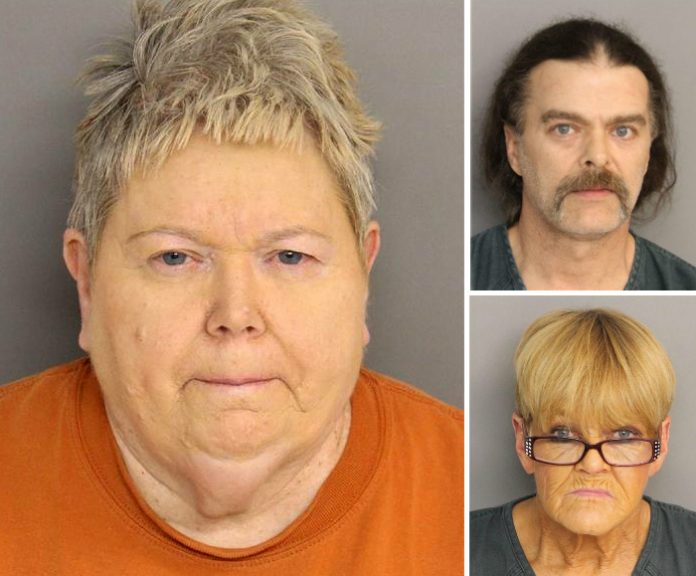 The owner of a country store in Warrenville has been busted for food stamp fraud and dealing pills, Aiken County authorities said.

Dianne Eubanks, owner of Smoak’s County Store (left photo), was arrested Thursday after a 6-month investigation into EBT fraud. While searching the store at 395 Piney Heights Road, investigators found “a cache of illegal pills and a large quantity of money associated with the distribution of narcotics,” sheriff’s Capt. Eric Abdullah said in a press release.

“The investigation also discovered several EBT cards that did not belong to Eubanks,” Capt. Abdullah said.

Investigators also arrested Jeffery Earl Ashley (top right), who was at the store, for marijuana possession and unlawful carrying of a handgun. Ashley’s arrest was not related to the fraud investigation.

A second food stamp arrest was also made: Yvonne Key (bottom right) was charged with food stamp fraud at Valley Jacks, located at 4388 Augusta Road in the Warrenville area.