A Fort Gordon soldier and his wife were arrested Sunday for leaving their 1-year-old son alone at the Holiday Inn Express in Augusta for eight hours.

Japril Hamilton, 23, and Alexis Hamilton, 23, were both charged with deprivation of a minor. Both remained in jail without bond on Monday morning.

According to an arrest warrants, the couple “left the child inside the room without adult supervision for eight hours.” The hotel is located at 444 Broad Street in Augusta.

Both suspects have a listed address in Virginia Beach, Va., but Japril’s page shows him as a soldier serving at Fort Gordon. 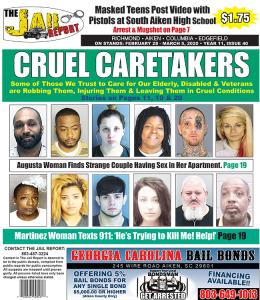