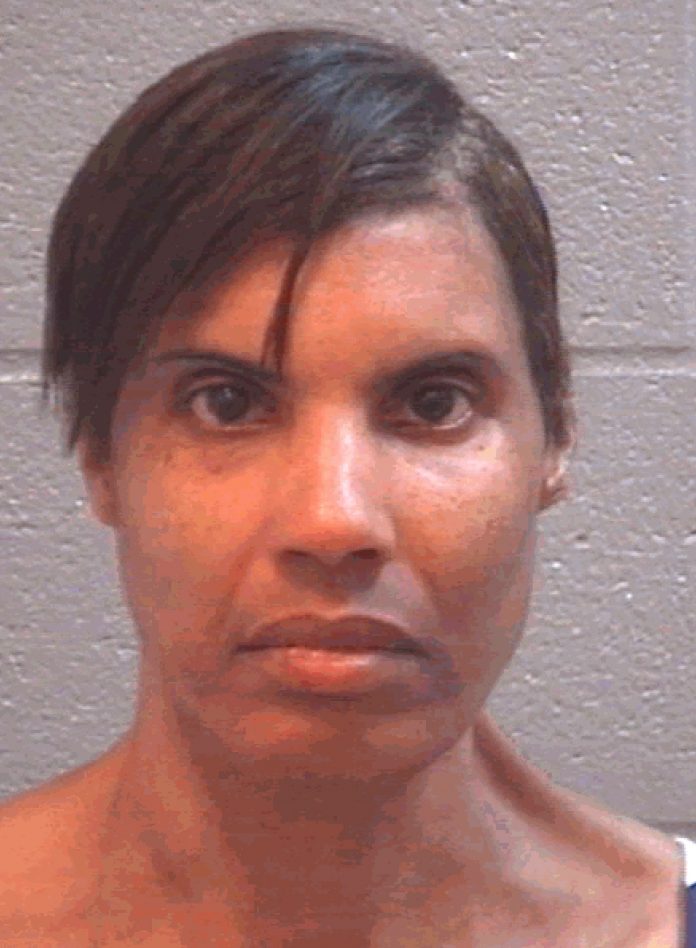 A local mother was arrested Sunday for beating her 14-year-old son following reports from outraged customers at the Golden Corral in Martinez, according to a sheriff’s report.

Tonja Pierce, 47, of Augusta, was observed punching the boy several times and then using her shoe to hit him on the head and back while inside the restaurant on Bobby Jones Expressway, the report says.

(For other crime news from the area, check out this week’s edition of The Jail Report. Cover image: http://thejailreport.com/wp-content/uploads/2010/07/Cover-Issue-645.jpg)

In the Golden Corral incident, Deputy Kevin Center was on duty at the restaurant when customers began complaining to him of Pierce’s actions. The deputy approached the mother, who promptly got up and headed for the door. The deputy told her to stop.

“I am not talking to anyone,” Pierce reportedly said.

The deputy followed her outside where he told her to stop or be arrested. A furious Pierce looked at her son and said, “Wait until you get home,” a report says.

“I discussed the incident with the mother and she said she lost control of her emotions and did strike the child in the face with her open hand and with her shoe,” the deputy said in his report.

She was then arrested.

The boy had no visible injuries. He told deputies he was playing with his sister and his mother told him to stop. When he didn’t stop, Pierce hit him in the back a few times.

Customers tried to stop Pierce from hitting her son, but she reportedly said, “Ths is my child and I will do what I want because I don’t care.”

A family member finally calmed Pierce down and she stopped, but customers reported the incident to Deputy Center, which started the investigation.

One witness said it appeared that Pierce had a mental breakdown while beating the boy, who was covering his head during the incident.

She was charged with simple battery – family violence.