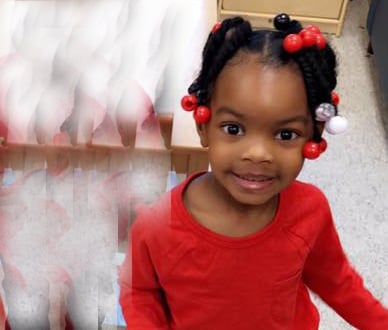 The Aiken County Coroner’s Office is reporting the death of a 4-year-old Graniteville child following a motor vehicle crash, according to a press release.

Four-year-old Kylee Vinson (pictured) was pronounced dead at the scene of a motor vehicle crash that occurred on Highway 302 (Wagener Rd) just east of Burkelo Rd at approximately 12:30 P.M. Sunday, according to Coroner Darryl M. Ables.

Kylee’s mother, Dajah Anderson, was the driver of the vehicle.

“The vehicle was also occupied by Kylee’s twin brother and Ms. Anderson’s sister,” the coroner said.  “Ms. Anderson was traveling east on Highway 302 when she lost control of her vehicle, running off the right side of the road. Ms. Anderson re-entered the road, crossing both lanes of traffic, then ran off the left side of the road and struck a tree.”

The coroner said Kylee was properly restrained in a child seat on the driver side back seat. Anderson along with the other occupants were transported to Augusta University Medical Center with non-life threatening injuries.

Kylee will be autopsied in Newberry on Monday, Ables said.  The S.C. Highway Patrol and M.A.I.T is continuing the investigation.

For more news from The Jail Report, pick up the current edition of the weekly newspaper in local gas stations. Here is the cover. 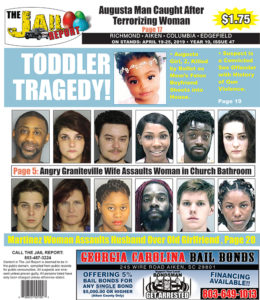