Three suspects are being sought after a Graniteville mother and her 1-year-old son were killed in a horrific shooting Tuesday night. 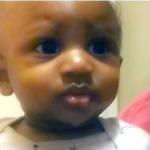 Aiken County deputies responded to the victim’s residence around 11 p.m. and found the mother dead and child injured. Witnesses reported hearing numerous gunshots that came from the rear of the apartment.

“Investigators are seeking the public’s assistance on information that would lead to the identity and arrest of three suspects,” a press release says. “The suspects fled the area prior to deputies arriving on scene. These suspects should be considered as armed and dangerous.”

If anyone has any information on this case or the whereabouts of these suspects, we ask them to contact the Aiken County Sheriff’s Office at (803) 648-6811. You can provide information anonymously through Midlands Crime Stoppers. Your tip could earn you a cash reward of up to $1,000 for information leading to the arrest of the person(s) responsible for any crime.

Other ways to give information: