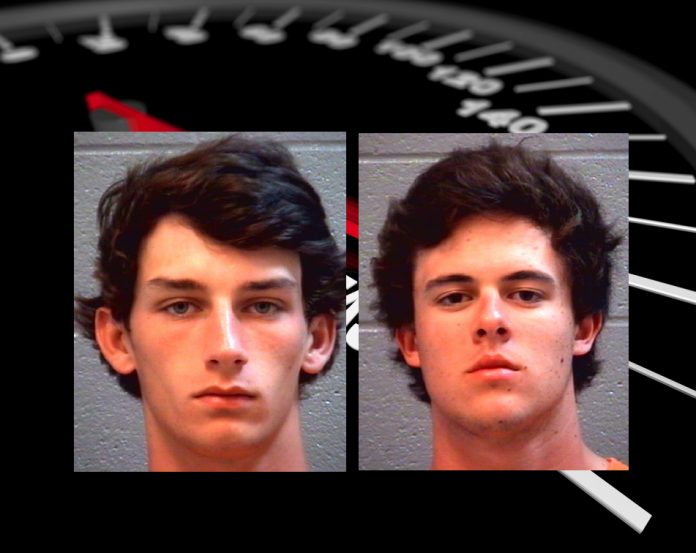 A member of the Greenbrier High School baseball team celebrated his state championship by “playing chicken” with his car on Wednesday, authorities said.

In a story first reported by WGAC’s Austin Rhodes, the dangerous game ended in a wreck that sent a passenger to the hospital and both drivers to jail.

Baseball player Connor Hogan, 17 (left), and Richard Swim, 17, (right) were in front of Greenbrier Middle School about 8 p.m.  when they spotted each other and decided to “play chicken,” according to sheriff’s Capt. Steve Morris.

Swim had two passengers:  front passenger Samantha Newman, 17, and Millege Smith, 17. Newman was transported to University Hospital with visible injuries on her head while Smith was not injured.

Both drivers were charged with aggressive driving, reckless driving and failure to maintain lane. Both were given a $3,300 bond.

Hogan is a member of the Greenbrier baseball team, which won the state championship by beating Gainesville.