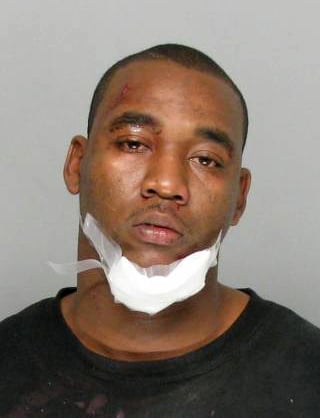 A passenger on a Greyhound bus was caught in Augusta Tuesday night with 25 pounds of marijuana.

Charles Edward Smith Jr., 28, of Hemingway, S.C., was carrying the dope in his luggage and tried to escape from Richmond County investigators while in handcuffs, a sheriff’s report says.

A confidential informant tipped off RCSO Investigator Cecil Ridley that a large amount of pot would be coming into Augusta by way of the Greyhound bus. So members of the Richmond County Narcotics Division went to the bus station on Greene Street about 11 p.m. to examine Bus 317 after it arrived.

The bus driver and passengers agreed to cooperate and a drug-sniffing dog alerted on Smith and his luggage. The passenger then admitted he had some marijuana on him. But after officers took him off the bus and put him in handcuffs, the suspect ran away.

“Smith was told to stop several times but refused,” a report says. “Investigators engaged in brief altercation with Smith before finally getting him under control.”

A search of Smith’s luggage turned up two large bundles of marijuana weighing about 25 pounds and he was arrested for trafficking marijuana and obstruction.