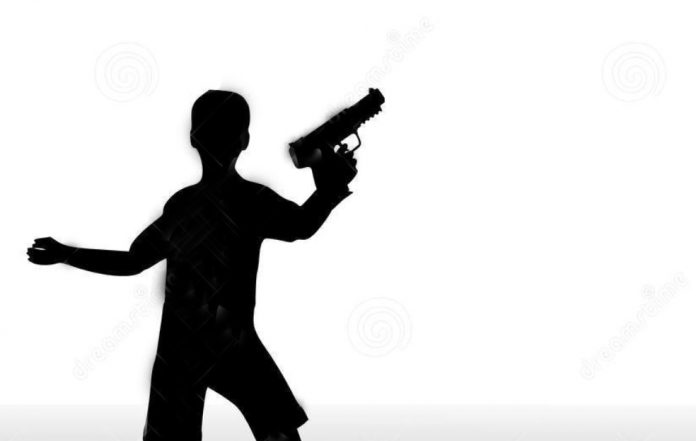 An 11-year-old boy was arrested last week for allegedly bringing a pellet gun to Brookwood Elementary School in Grovetown and threatening classmates.

(This is one of many stories in this week’s Jail Report, sold in local stores. Pick up your copy today.)

Authorities say the juvenile also threatened to shoot anyone who told teachers that he had the gun, according to a sheriff’s report.

Deputies were called last Thursday to the school, located on South Old Belair Road. Principal Stephanie Reese told the officer that the boy was found with the pellet gun the day before. The boy’s mother, Tiffany Shelton, came to the school Wednesday and took possession of the gun, the report says.

The principal said two students approached her Thursday and claimed that the boy had actually threatened them on the day he had the gun.

“The students stated (the boy) was showing them the gun and told them if they told anyone about the gun he would shoot them,” a sheriff’s report says

The boy was charged with possession of a weapon on school grounds and terroristic threats.

A juvenile complaint form was completed and the boy was was turned over to his mother.

Previous articlePlea Deal Reached in 2012 Slaying of SRS Guard in Hephzibah
Next articleRCSO: Ring May Help in Teleperformance Murder