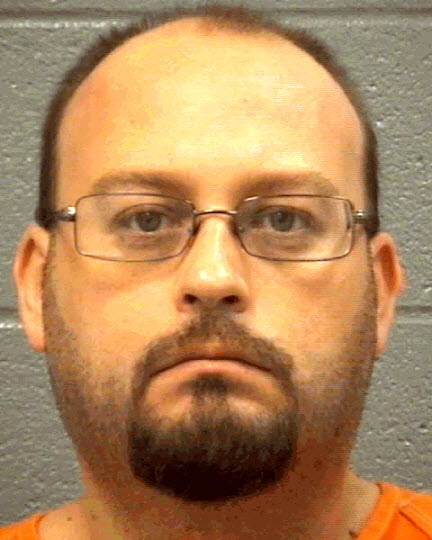 The escape last week of two inmates from the Grovetown Jail wasn’t the only problem Chief Gary Owens was facing at his detention facility.

A former Grovetown officer was arrested last week on a grand jury warrant for sexually assaulting a female inmate at the small 26-bed facility.

Former Officer Jon Eric Stripling, 38, was indicted on three counts of sexual assault by a person with supervisory authority and one count of violation of oath of office by a public officer. The arrest followed a year-long investigation. A grand jury arrest warrant was signed July 16 and Stripling surrendered last Wednesday.

The sexual assault allegedly occurred in April 2013 when a 31-year-old woman was being housed at the jail on charges of marijuana possession and disorderly conduct, according to Pat Morgan, GBI special agent in charge. The woman stayed there a few days and was later transferred to the Columbia County Detention Center.

“During her stay at Columbia County is when the allegation was made. Grovetown did some preliminary stuff on it … and once they did their preliminary, they contacted us and asked us if we would conduct the investigation.,” Morgan said.

The woman told authorities that the officer touched her breasts, buttocks and genital area while she was at the Grovetown jail, according to the indictment.

Grovetown officers investigated the complaint and later fired Stripling and turned the case over to the GBI.

It’s unclear if the relationship was consensual, but Morgan said an inmate cannot legally consent.

“(The charge is) sexual assault by a person over authority.  Consent is not an issue and that is not a defense,” Morgan said. “That is my understanding of the law.”

Stripling is being held at the Columbia County Jail under no bond.