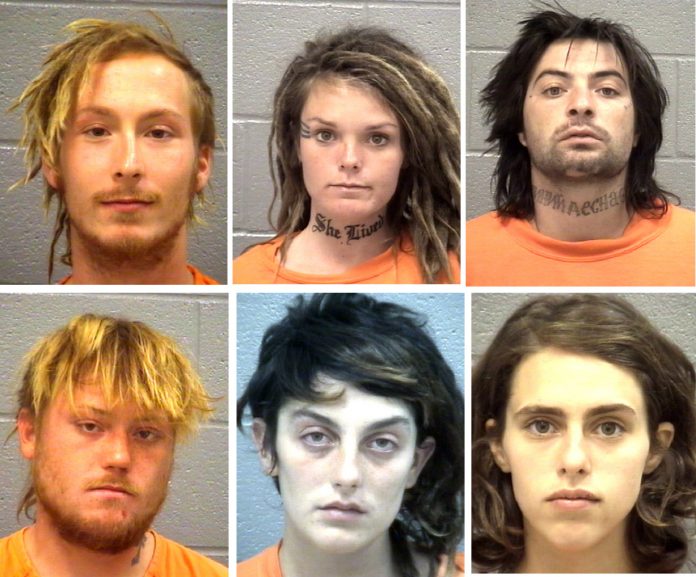 Grovetown police intercepted six homeless people and four dogs Saturday as they were trying to catch a free train ride from Atlanta to Savannah.

According to reports, a Grovetown officer caught the group trespassing on a CSX Railroad train along Railroad Avenue in Grovetown about 4:45 p.m. Saturday. One of the suspects was unconscious and appeared to be intoxicated, a report says. That suspect was checked out by a paramedic and released to police.

The group’s four dogs were seized and taken to Animal Control, and all six suspects were charged with “hiding on a train for purpose of stealing a ride.” They will get their dogs back, a report says.

The suspects are from five different cities and most have criminal records that include previous trespassing arrests.

They each remain in the Columbia County Jail under a $1,100 bond.