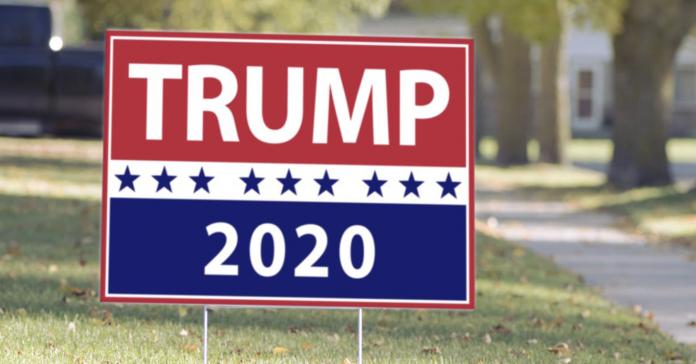 A Grovetown woman reported the theft of her Trump 2020 sign – twice!

The 68-year-old victim told authorities on Sunday that she wanted to prosecute if deputies could find out who stole the campaign signs on Huntington Drive.

It’s not the only political-related crime in Columbia County either. On Saturday, Deborah McCord with the Columbia County Republican Party reported vandalism to the group’s trailer. She said someone painted “BLM” on a trailer parked at 4485 Columbia Road in Martinez. Similar BLM tags have been made nationwide to represent Black Lives Matter protests.(Story continues below) 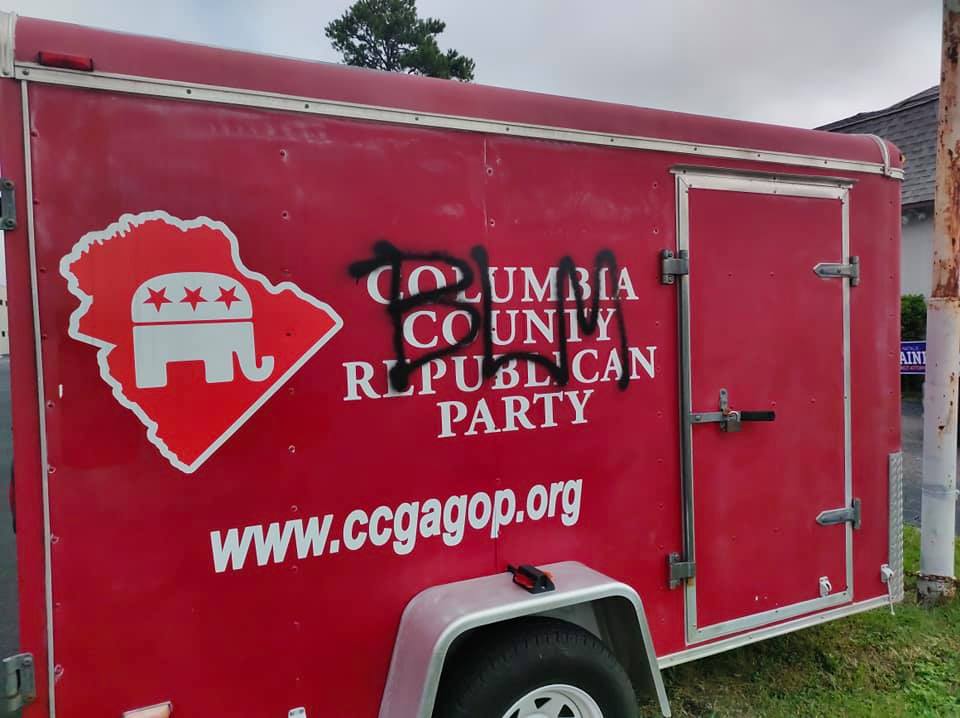 “Ms. McCord also stated that the property owner has video surveillance on the property and would be reviewing the footage to see if anything was caught on camera,” the report says. “The cost to repair the damage to the trailer is $3,000.”