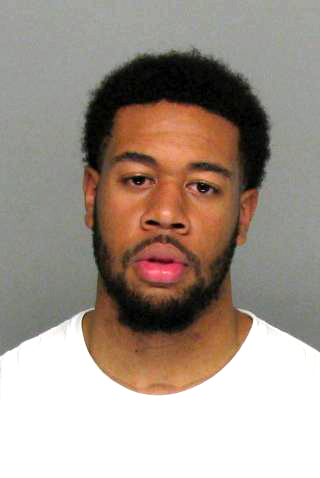 Wright-Nelson, 21, is accused of continuing to fight an individual after being told by a deputy to stop multiple times, according to a “disorderly conduct” citation obtained by The Jail Report.

A second individual, 25-year-old Andrew Jenkins II of Martinez, was also arrested at 1 a.m. Sunday in the fight. Jenkins continued to disrupt a deputy while the officer was trying to break up a “large fight” at 710 Broad Street, a citation says.

Wright-Nelson was named 2012 Peach Belt Conference Freshman of the Year.

Metress indicated the suspension was for Wright-Nelson’s failure to adhere to the standards of the program. Wright-Nelson will miss this weekend’s season-opening tournament as well as the Jags’ first road game of the year.

“We have certain expectations within our program that everyone associated with our program has to meet on a daily basis,” Metress said.