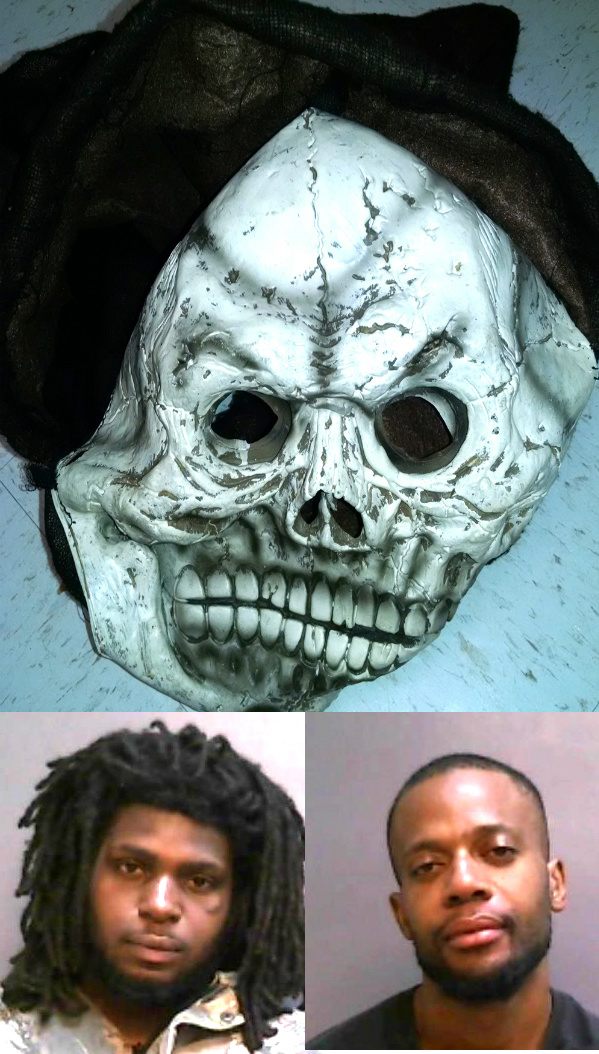 A Halloween mask found in the car of two men during a traffic stop tied them to Thursday morning’s robbery of the Greg’s Gas Plus on Jefferson Davis Highway, authorities said.

Ronald Reco Ashley, 26, and Alvin Howard, 22, both of Jackson, were both connected to the 5:45 a.m. robbery at the convenience store.

One of the suspects walked in to the store wearing this Halloween mask (pictured). The robber presented a handgun demanding her to open the cash register, according to Sgt. Luke L. Sherman.

“The employee ran from the store without first opening the register leaving the suspect to open the drawer himself.  Being unsuccessful, the suspect stole cigarettes instead,” Sgt. Sherman said.

A vehicle description was given to officers who were canvasing the area and police observed the car with both suspects in the parking lot of Krystal’s on Martintown Road.

The men were captured during a traffic stop and positively identified by the store employee. They also found this mask.

Ashley, right picture at bottom, was charged with armed robbery, weapon possession, gun possession by a convicted felon, possession of a weapon with an obliterated serial number and possession of crack cocaine.

Howard, left, was charged with unlawful carrying of a handgun and possession of crack cocaine.