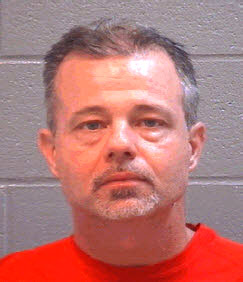 The athletic director of Harlem High School has been arrested for burglary after allegedly going into his ex-wife’s home and taking Hydrocodone pills, authorities said.

Adam Hampton Fulford, 47, of Grovetown, was arrested Friday and charged with one count of burglary, sheriff’s Capt. Steve Morris said. A spokeswoman with the school system says he resigned Monday morning.

Fulford had moved out of their home in on Cedar Springs Road in Appling. Both work at Harlem High School.

During school hours on Friday, Feb. 6, a neighbor called the sheriff’s office to report that Fulford was seen going into his ex-wife’s home. The ex-wife later told deputies that she was missing about 100 Hydrocodone pills.

A warrant was issued for burglary and Fulford was arrested Friday night, Capt. Morris said. He is free on bond.

“We believe he got into the home with a key that he had not returned,” the captain said. “He claims the door was unlocked. We believe there was a key. There was no forced entry.”

Fulford is Harlem High’s athletic director as well as offensive coordinator for the football team and coach of the track team, according to a school website.

A message from Fulford on the school website: “Coach Adam Fulford  has been a proud and devoted Harlem High School bulldog for twelve years. During his second year as Athletic Director, he is dedicated to each sport and the promotion of good sportsmanship qualities among the student athletes.”