He was Released from Prison in March After 11 Years. Now, Hephzibah Man is Latest Murder Victim.

A Hephzibah man had been free from prison for less than a year and enjoying in a new relationship Sunday when he became Richmond County’s latest murder victim.

Jermaine Sims, 31, was shot on Watkins Street at 7:30 p.m. Sunday and died later at Augusta University Medical Center. He was pronounced dead at 1:02 a.m. Monday, Coroner Mark Bowen said in a press release.

The sheriff’s office has not released any information on the shooting or a possible suspect.

Sims has a listed address of Wendell Street in Hephzibah. His girlfriend Britney Nicole remembered him on Facebook: “God plz give him back to me. I need one more hug, one more kiss, one more I love you. I need one more night with you holding me tight. I need to be waken up from this nightmare. This has to be the worst day of my life.”

Sims had only been out prison since March after serving 11 years in prison for a series of crimes in Richmond County in 2007, including armed robbery and fleeing police. 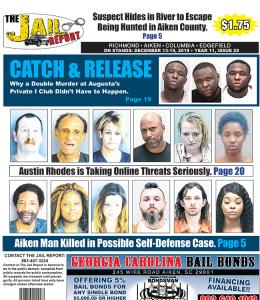