A Hephzibah man has been accused of raping a 15-year-old girl while giving her a ride home Thursday night, authorities said.

Austin Young, 25, of McDade Farm Road, was arrested Saturday after the teen girl showed up at University Hospital the day before. She told nurses that she had been raped Thursday night. She had been at a friend’s house when Young offered to give her a ride home just before midnight. She trusted him because he was a family friend of her friend, according to a sheriff’s report.

After climbing in his vehicle, she saw Young take a gun from his jacket and place it in the truck. She said Young turned down a dirt road and stopped in front of a residence she was unfamiliar with.

“Young had asked her if she wanted to do sexual things,” a report says. “She told Young no that she was not into those kind of things. Young then proceeded to force himself on her. Young did not pin her down, but kept her from moving any time she would attempt to.”

Young remained in jail Sunday without bond on a single count of rape. 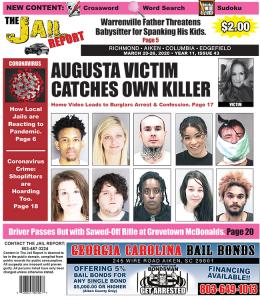