Hephzibah Man is Pictured Bleeding from His Head in Mugshot. Here’s Why…

This is Andrew Jarnagin of Hephzibah. He was yelling and screaming at 2 in the morning Monday at his father’s house on Franklin Covenant Road.

According to a sheriff’s report, his father tried to calm him down. Here’s what happened next:

Someone called the sheriff’s office, but Andrew wouldn’t talk to responding officers. A witness said she heard Andrew yelling and screaming in the middle of the night but didn’t see the altercation.

Officers determined Andrew to be the aggressor and arrested him for simple battery – family violence. But before taking him to jail, paramedics treated the father and the son for their injuries, a report says.

Apparently, the blood kept flowing at the jail from Andrew’s self-inflicted wound.

Did you know you can read The Jail Report online or on your phone?

Buy this week’s issue for just $2 online. Or save a bunch and buy a subscription for just $4.99, which gives you access to four issues and saves you $3.01 plus taxes! 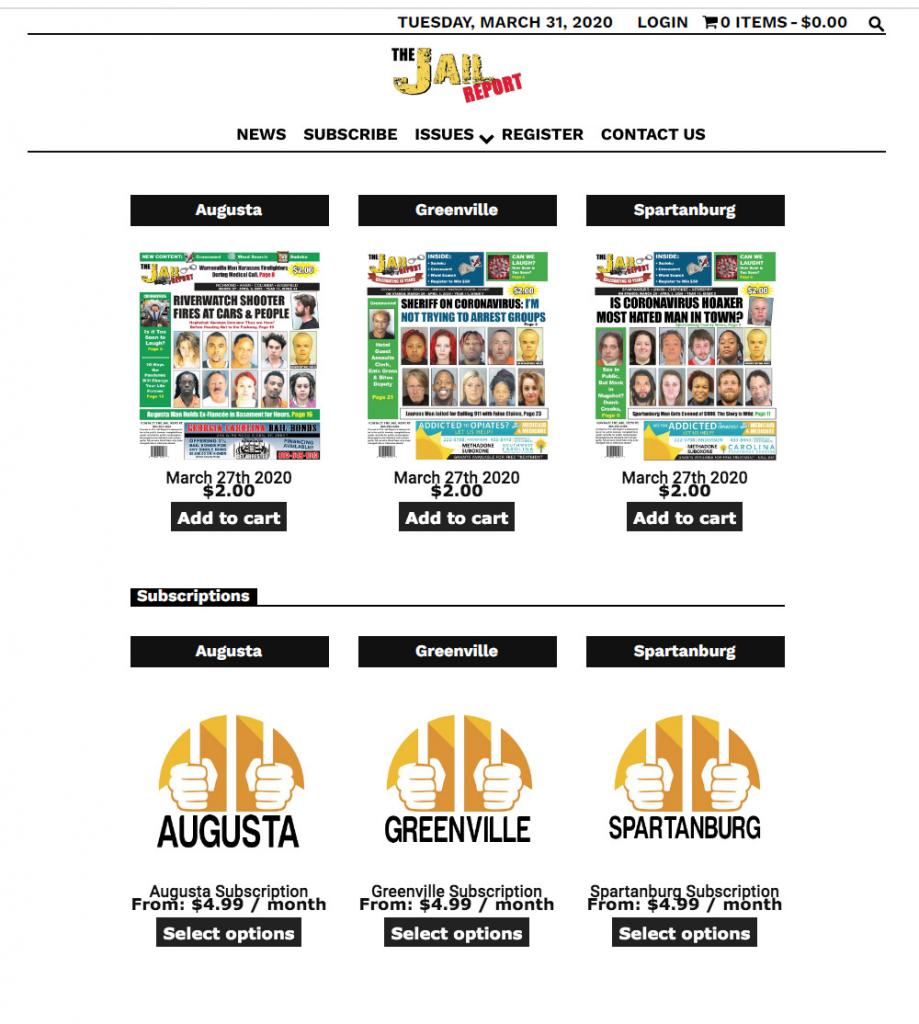