Hephzibah Man Sets Fire to Home in Front of 5 Deputies 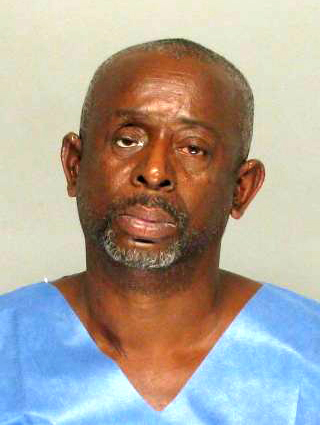 A Hephzibah man poured gasoline on top of his wife and throughout their home and then torched her place when confronted by five deputies, authorities said.

The victim and adult daughter escaped unharmed, but firefighters had to put out the blaze at 4312 Sanderling Drive, near Boykin Road in Hephzibah.

A sheriff’s report spells out the dramatic events that unfolded at 3:30 a.m. Sunday:

The 42-year-old victim said she was about to be divorced from her husband, 63-year-old John Williams (pictured). She was sleeping when Williams entered the home Sunday. She went to see who was there.

Williams confronted her in the hallway and began pouring gasoline on her. The suspect said he was going to get a match and burn the house down.

The victim and her 24-year-old daughter were able to get out of a bedroom window and escape to a neighbor’s house. Authorities quickly answered their call.

Five deputies went inside the home, where they found Williams.

“As deputies moved inside the doorway into the foyer area, (Williams) threw something at deputies, igniting the gas,” the report says. “The gas burst into flames, setting the home on fire.”

The deputies all retreated outside without Williams, but Deputy Bryan Mealing was doused with gasoline on his left arm. The Richmond County Fire Department arrived and extinguished the flames.

Williams was located in the garage area, hiding underneath an SUV. He was taken by ambulance to GRU Hospital and then later to the jail, where he was charged with arson and two counts of aggravated assault.

He was booked into the jail under no bond.