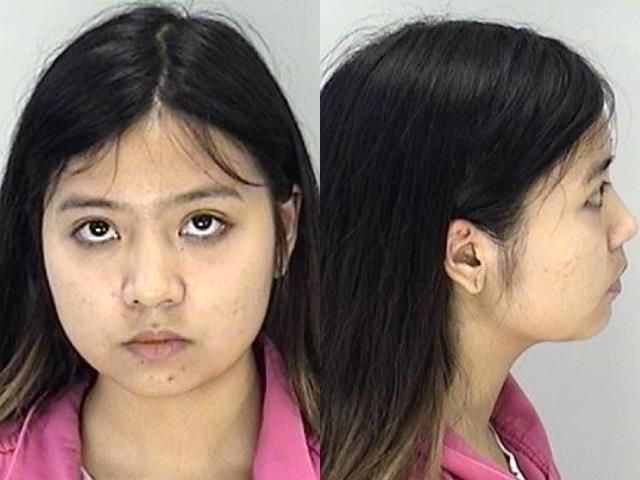 A Richmond County woman was arrested Tuesday morning in Hephzibah to face federal charges of conspiring to provide material support to the Islamic State of Iraq and al-Sham (ISIS).

Kim Anh Vo is expected to be presented later Tuesday before Magistrate Judge Brian K. Epps in Augusta federal court. (She is pictured here from a 2016 mugshot after an arrest for fraud.)

As alleged in the criminal Complaint, unsealed today:

In April 2016, Vo joined the United Cyber Caliphate (UCC), an online group that pledged allegiance to ISIS and committed to carrying out online attacks and cyber intrusions against Americans.  Since that time, the UCC and its sub-groups have disseminated ISIS propaganda online, including “kill lists,” which listed the names of individuals – for example, soldiers in the United States Armed Forces and members of the State Department – whom the group instructed their followers to kill.  For example, on or about April 21, 2016, the UCC posted online the names, addresses, and other personal identifying information of approximately 3,602 individuals in the New York City area and included a message that stated:  “List of most important citizens of #New York and #Brooklyn and some other cities . . . We Want them #Dead.”

Between April 2016 and May 2017, Vo worked on behalf of the UCC to recruit others to join the group and assist with the group’s hacking efforts.  Between January and February 2017, Vo recruited other individuals – including a minor residing in Norway – to create online content in support of ISIS, including a video (Video-1) threating a non-profit organization based in New York, New York, which was formed to find and combat the online promotion of extremist ideologies.  Video-1 contained messages such as, “You messed with the Islamic State, SO EXPECT US SOON,” followed by a scene displaying a photograph of the organization’s chief executive officer and former U.S. Ambassador (CEO), along with the words:  “[CEO], we will get you.”

On or about April 2, 2017, the UCC posted online a kill list containing the names and personal identifying information of over 8,000 individuals, along with a links to another video (Video-2).  Video-2 displayed messages stating, in part:  “We have a message to the people of the U.S., and most importantly, your president Trump:  Know that we continue to wage war against you, know that your counter attacks only makes stronger.  The UCC will start a new step in this war against you. . . .” and “We will release a list with over 8000 names, addresses, and email addresses, of those who fight against the US.  Or live amongst the kuffar.  Kill them wherever you find them!”  In subsequent scenes, Video-2 contains what appears to be a graphic depiction of the decapitation of a kneeling man.

Vo, 20, of Georgia, is charged with one count of conspiring to provide material support to a designated foreign terrorist organization, which carries a maximum sentence of 20 years in prison.  The maximum potential sentence in this case is prescribed by Congress and is provided here for informational purposes only, as any sentencing of the defendant will be determined by a judge.

This prosecution is being handled by the Office’s Terrorism and International Narcotics Unit.  Assistant U.S. Attorneys Shawn G. Crowley, Sidhardha Kamaraju, and Jane Kim are in charge of the prosecution, with assistance from Trial Attorney Elisabeth Poteat of the Counterterrorism Section.

The charges contained in the Complaint are merely accusations, and the defendant is presumed innocent unless and until proven guilty.