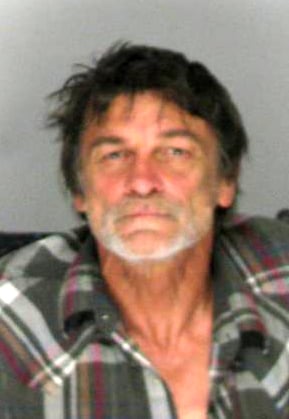 A patient at Doctors Hospital has been arrested for threatening to bomb several buildings and “blow up” Sheriff Richard Roundtree, according to a sheriff’s report.

Robert Marchman, 60, was being treated at Doctors Hospital on Friday when he allegedly made the threat in front of nurses and other witnesses.

“Robert Marchman was making threats to blow up the hospital, an unknown bus station, a Circle K gas station on Walton Way and also to blow up Sheriff Roundtree,” sheriff’s Deputy Jacob Green wrote in an incident report. “I met with the witnesses and was advised that the subject did make these threats in their presence and advised them how he was making said bombs.”

Capt. Acy Miller with Doctor’s Hospital Security notified the sheriff’s office about the threats and the discovery of marijuana on the table near Marchman’s bed.

As deputies were talking to Marchman, the suspect said he didn’t like the government or cops. Marchman claimed he was “in a wheel chair because a Richmond County Sheriff’s Deputy shot him in the back,” a report said. “Marchman also advised how to make a bomb with nails and advised he has been making bombs since the second grade.”

That was enough for the homeless man to be taken to the Richmond County Jail and booked on charges of terroristic threats & acts as well as marijuana possession. He remains in jail this morning under no bond.