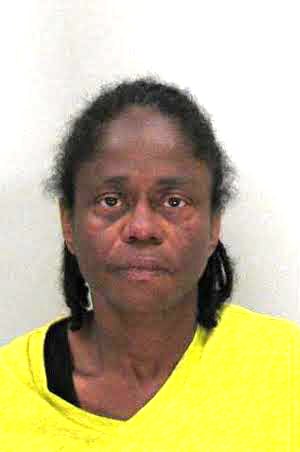 Venisha Brown, daughter of the late soul singer James Brown, was arrested on April Fool’s Day, marking her 24th arrest in Augusta since 1997.

Brown, 49, of Parkway Drive, Augusta, was arrested Monday on a warrant for order to show cause in Superior Court.

Her probation officer took out the warrant, meaning she is being accused of violating the terms of her probation, according to authorities.

Brown was released from prison Feb. 22 after her 5-year prison sentence for theft was commuted after she served one year. She was sentenced in 2012 for stealing a car from St. Stephen Ministries in Augusta where she worked. Authorities say she injured her boss outside a bank when the boss tried to get the car back, authorities said.

Brown is well-known to Augusta law enforcement officers with two dozen arrests in the last 17 years, including charges for theft by taking, theft by receiving stolen property, pointing a firearm at another person, failure to appear in court, giving false name to police, probation violation, order to show cause and bench warrants.

As part of her five-year prison sentence for theft in 2012, she was ordered to complete a residential substance abuse treatment program.

On March 31, her probation officer sought a warrant for her arrest.

Venisha Brown remained in the Richmond County Jail on Thursday under no bond.