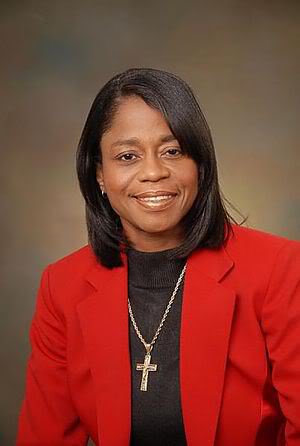 Venisha Brown, of Parkway Drive, told deputies that she had been riding with an acquaintance known only as “David’ while attending to some errands, according to sheriff’s Sgt. Michael Shane McDaniel Sr.

“Brown had promised David some money for gas and upon arrival on Telfair Street had given David some cash,” McDaniel said. “A dispute ensued over the amount, at which time David produced a small pocket knife and slashed at Brown several times while trying to obtain additional cash from her pockets. A nearby residence attempted to assist Brown, but was also menaced with the knife, but not injured.”

Venisha Brown sustained cuts to both arms which were not life threatening and an additional amount of cash was taken. David fled the scene in an older-model Green Ford Extended cab Pickup Truck with a possible SC tag and tinted windows.

The vehicle was last seen driving west towards the downtown business district from Old Towne.

Venisha Brown was arrested on April 1, marking her 24th arrest in Augusta since 1997.

Brown, 49, of Parkway Drive, Augusta, was arrested on a warrant for order to show cause in Superior Court.

Her probation officer took out the warrant, meaning she is being accused of violating the terms of her probation, according to authorities.

Brown was released from prison Feb. 22 after her 5-year prison sentence for theft was commuted upon service of 12 months. She was sentenced in 2012 for stealing a car from St. Stephen Ministries in Augusta where she worked. Authorities say she injured her boss outside a bank when the boss tried to get the car back, authorities said.

Brown is well-known to Augusta law enforcement officers with two dozen arrests in the last 17 years, including charges for theft by taking, theft by receiving stolen property, pointing a firearm at another person, failure to appear in court, giving false name to police, probation violation, order to show cause and bench warrants.

As part of her five-year prison sentence for theft in 2012, she was ordered to complete a residential substance abuse treatment program.

On March 31, her probation officer sought a warrant for her arrest.

Previous article
This Lady Has Some Nerve. Who is She?
Next article
Christina Bullard