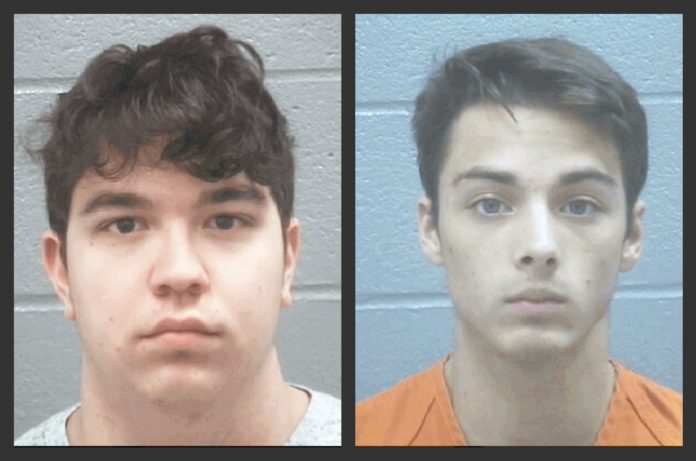 Two students at Grovetown High School went to jail last week for allegedly touching a male classmate inappropriately, according to a sheriff’s report.

Frank Peterson, 18, and Joseph Arizabal III, 17, are both accused of touching a 15-year-old boy in the lunchroom last Wednesday.  The boy told a school resource officer that the older teens kept touching him despite his pleas to stop.

Peterson and Arizabal claimed they were just joking. “They stated they are friends with the male student and sometimes joke around with him in this manner,” a sheriff’s report says. “Frank Peterson stated he touched the thigh and the penis of the student with his hand. Joseph Arizabal stated he touched the student’s thigh and groin with his hand.”

Video surveillance of the lunchroom showed the older teens grading and touching the victim while he was sitting at the lunchroom table. A female student sitting next to the victim told deputies that she heard the boy tell the pair to stop. The girl also told the suspects to stop and even put a blanket around the victim to try to get them to stop touching the boy.

Peterson and Arizabal were both charged with the misdemeanor offense of sexual battery and taken to jail.

For more crime news, pick up the latest issue of The Jail Report, sold in local gas stations for $1.75. 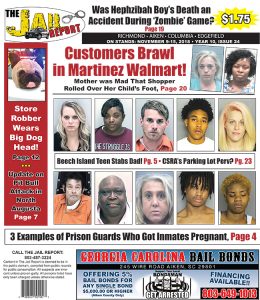