Four new suspects, including a juvenile, were arrested Monday for murder in connection with Friday’s deadly home invasion at a Beech Island apartment.

Around 12 pm Monday, in cooperation with the Aiken County School District Officials provided assistance to Aiken County Sheriff’s Investigators with the arrest of three new suspects in the Fairview Road murder of 15-year-old Jordan Shores (pictured).

Investigators were able to arrest: 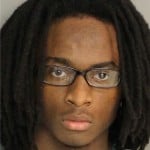 and a 15 year old juvenile suspect.

All three were arrested at Silver Bluff High School without incident. The suspects were taken out of the classrooms and arrested with minimal disruption to the operation of the school, sheriff’s Capt. Eric Abdullah said. 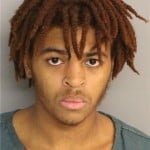 During this time, there was no threats or safety concerns for any of the students that attend Silver Bluff High School, Capt. Abdullah said.

All suspects were charged with one count of Murder, two counts of Attempted Murder, one count of Possession of a Weapon during Violent Crime, Burglary 1st Degree, and Armed Robbery. Howard and McCorkle were taken to the Aiken County Detention Center for booking. The juvenile suspect was transported to the South Carolina Department of Juvenile Justice. 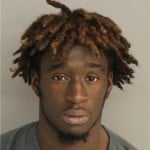 Investigators also identified Aikel Leetrez Harrison (19 years old, pictured at right) as the suspect who fled from deputies on Nov. 18. Investigators obtained warrants for Harrison for Murder, two counts of Attempted Murder, one count of Possession of a Weapon during Violent Crime, Burglary 1st Degree, and Armed Robbery.

Around 5:15 pm, Harrison surrendered himself at the Aiken County Detention Center where he is currently being held.

No other details or motives were disclosed.

A 15-year-old boy who was shot while visiting a friend’s house in Beech Island has died, according to the Aiken County coroner.

“Mr. Shores had suffered a non-survivable gunshot wound on the 18th,” Coroner Tim Carlton said in a press release.

A 15-year-old boy is fighting for his life after being shot during a home invasion early Friday at an apartment in Beech Island, authorities said.

Two of the three suspects were captured, but a third suspect is on the loose. And authorities say the robbers only got away with a Playstation 4 system!

The victim – identified only as a North Augusta teen with the last name Shores – was being treated at an Augusta hospital and was said to be undergoing surgery at 10:40 a.m. Friday, authorities said.

The home invasion at 1034 Fairview Road happen at 1 in the morning as the 15-year-old victim was playing video games with a 16-year-old boy from Warrenville with the last name Jones.

According to a sheriff’s report, three masked men came into the apartment through an unlocked door. One of the suspect began shooting in the victims’ direction while another went up to the older teen and struck him several times in the face with a gun.

Luckily, a sheriff’s deputy was in the shopping center at 4435 Jefferson Davis Highway, heard gunshot coming from the area of Fairview Road and responded to investigate.  A high-speed chase led to the capture of the two suspects around Blackstone Camp Road near Storm Branch Road.

Authorities say the two victims did not live in the apartment and were only visiting. A woman who lives in the home, 35-year-old Wendi McClure, was not injured in the incident. She told deputies she was sleeping when the home invasion occurred and awoke to investigate when one of the fleeing suspects fired in her direction.

The suspects who got away is described as a black male, 5’8″ tall, 120 pounds with black hair wearing a black hoodie black pants and dark shoes. If anyone has any information we encourage them to call the Aiken County Sheriffs at 803-648-6811. Individuals may also call Crimestoppers of the Midlands: 888-CRIME-SC (888-274-6372). 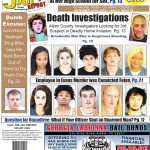 For more crime news, pick up this week’s edition of The Jail Report, in stores a day early because of Thanksgiving.