Rodriquez Dunn had been free for just 22 days when he was gunned down Saturday on B Street in Augusta.

The Augusta man had served nine years in prison for conspiracy to commit murder and robbery in the 2011 slaying of Marquette Maurice Woods (pictured below). In that case, the 32-year-old Woods was fatally shot on Aragon Drive in south Augusta. He was reportedly visiting a friend down the street from his home at the time of the shooting.

Dunn was wanted for the murder and eluded authorities for several days before his arrest. Two years later, he was allowed to plead guilty to conspiracy to commit murder, weapon possession and robbery, and the judge sentenced him to 15 years in prison. 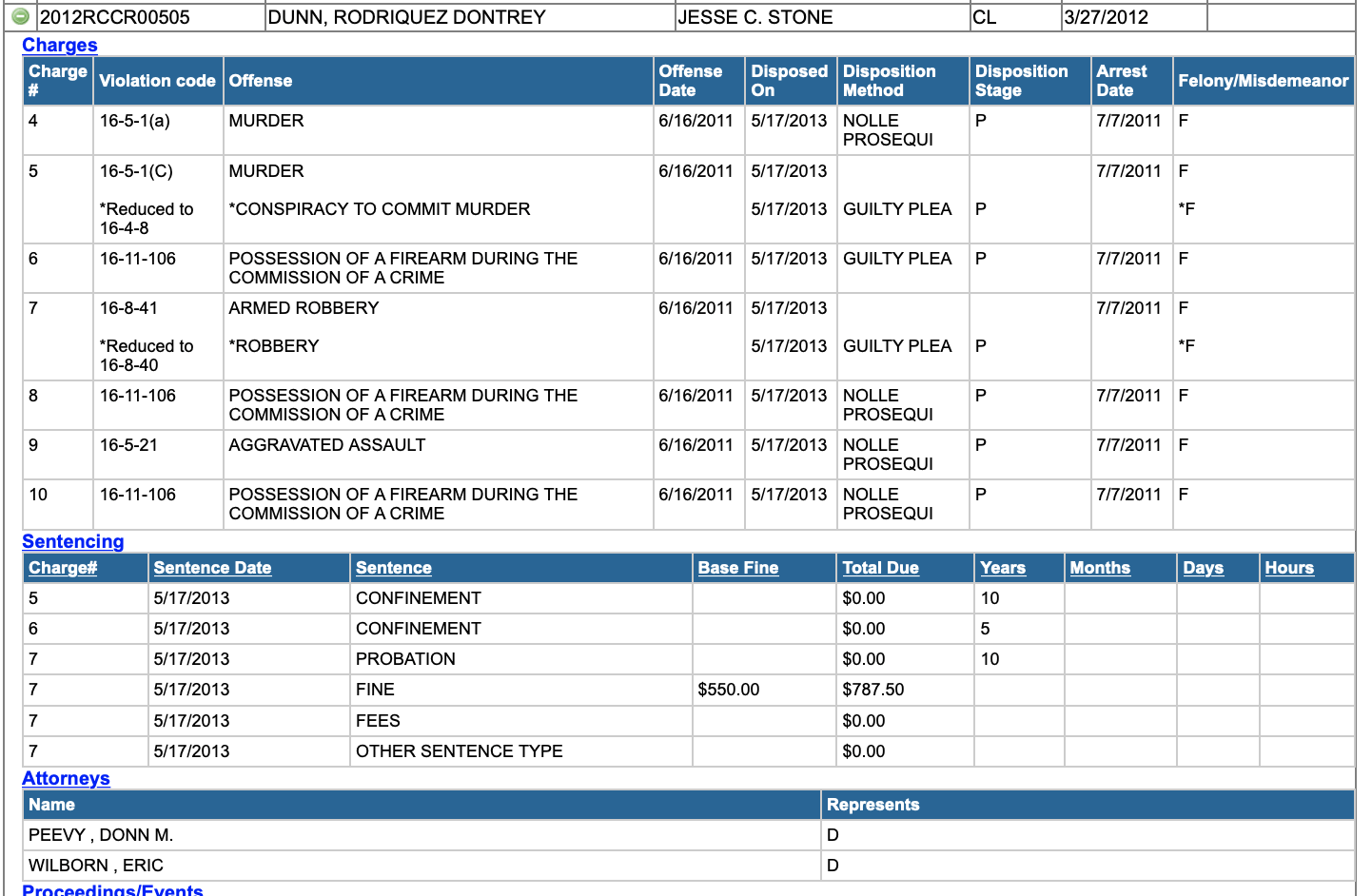 Dunn was paroled on April 1 and enjoyed freedom for just three weeks before becoming the county’s sixth homicide of the month. No arrest or motive has been announced.  An autopsy is scheduled at the GBI Lab.

Dunn is known as “Guapboy Trey” on Facebook, where he has been mourned by several people.

“Like how bra he just came home. How can y’all do this? R.I.P Guapboy Trey,” wrote Cherrice Pugh.

Kartel Gee wrote this about the victim’s death: “R.I.P Guapboy Trey  …..Damn thugga we was just 🔒🔒 down 24/7 scheming on how we gone get rich when we pop out now you gone my G. This a cold cold world boy.”

His youthful son wrote this on April 2 after his father’s release:

On Saturday, witnesses describe hearing gunshots in the area of Olmstead Homes, including a neighbor who said he heard two different handguns being shot.

“Almost seems like the first three shots missed and the intended target shot back and got him. Definitely two different caliber pistols,” the witness said on Facebook.

Drowning Reported at Gem Lakes in Aiken; Body of Man is...