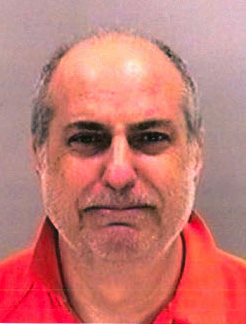 Richmond County authorities have booked a local man on murder and arson charges in the bizarre death of his elderly mother.

Robert “Bob” Caviston, 56, was booked into the jail early Sunday in the death of 92-year-old Agnes Caviston on Wicklow Drive in Augusta.

At 5 p.m. Saturday, witnesses called 911 to report that the suspect was naked outside his mother’s home screaming that he had killed his mom and set her house on fire, authorities said. Firefighters found the victim inside her living room on a mattress, and her body was partially burned.

The suspect was taken into custody at the scene. A motive is unclear.