Marco’s Pizza in Augusta is Robbed by Four Masked Men 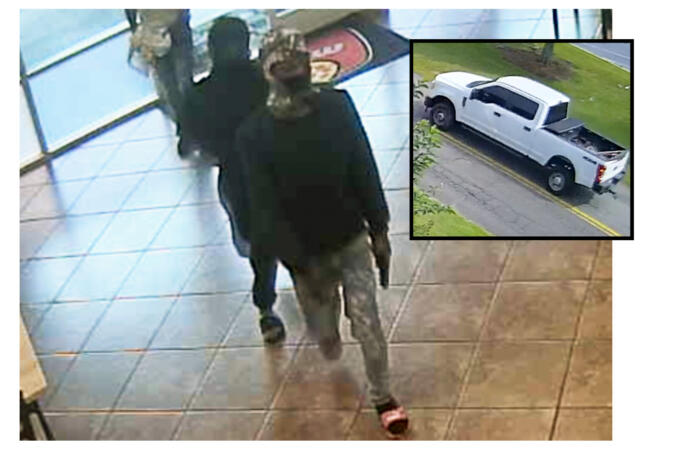 Richmond County authorities are looking for four masked men who robbed the Marco’s Pizza on Furys Ferry Road in Augusta on Friday afternoon.

At 2:16 p.m. Friday, deputies were dispatched to the robbery at the pizzeria at 229 Furys Ferry Road. Witnesses said the business was robbed at gunpoint by four black male suspects wearing masks.

The suspects were seen fleeing the business in a white, four-door, newer-model Ford pick-up truck. This investigation is on-going and no further information is available at this time, the press release said. 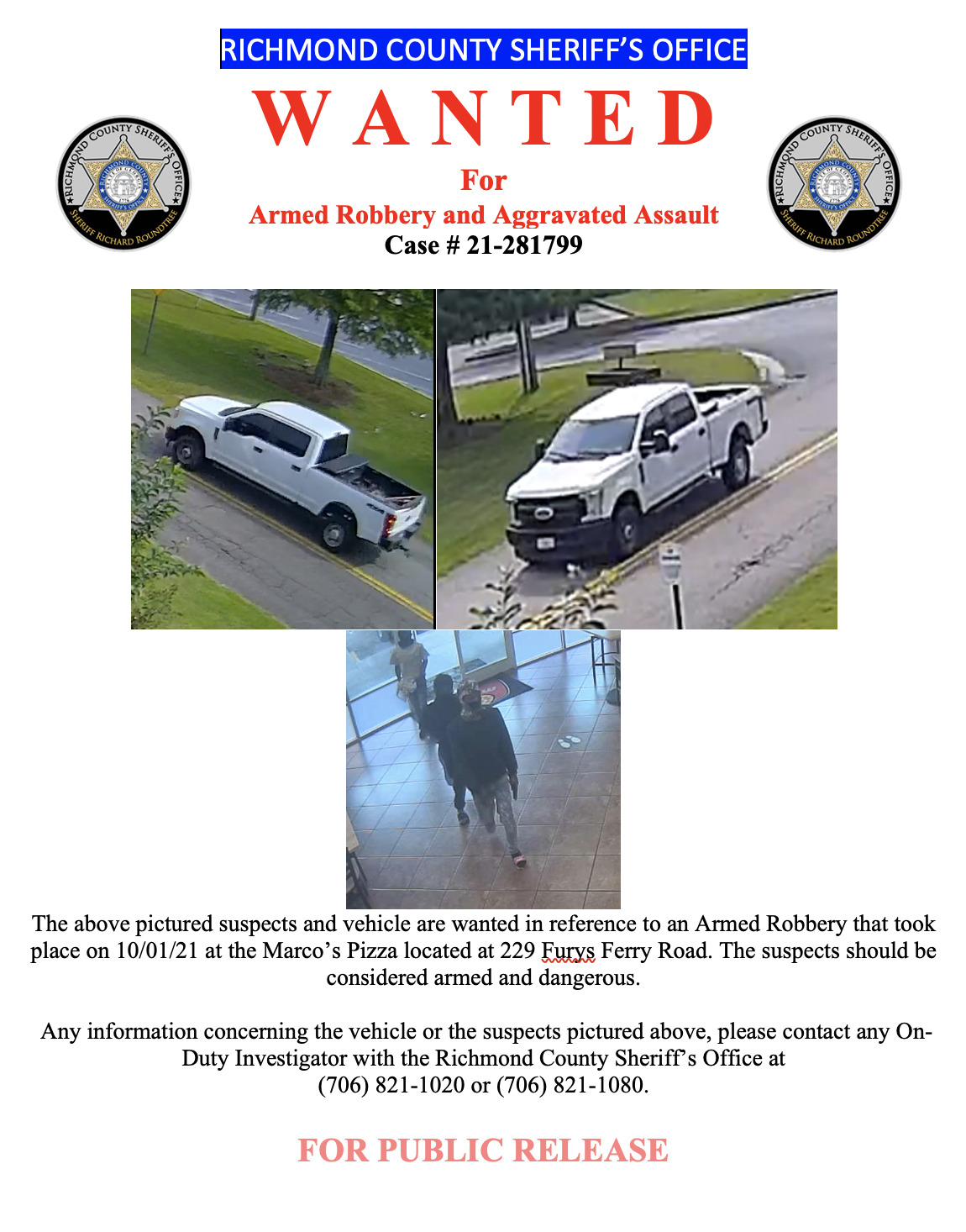