Charges have been upgraded from citations to felonies against a Martinez man who wore a T-shirt that said “Anti-Black Lives Matter” into an Aldi store in December.

James Stachowiak, 60, who is known for controversy, was originally given a citation for disorderly conduct after a confrontation inside the Aldi store in Martinez.

But the District Attorney’s Office took the case to grand jury and obtained warrants for two felony counts of terroristic threats & acts. The suspect was arrested Wednesday and held in jail with no bond.

According to a report, victim Marcus Patrick said he was shopping at the Aldi store with his mother when he observed the suspect wearing a t-shirt with an “Anti-Black Lives Matter” message on it.

Patrick told deputies that he was staring at Stachowiak trying to read the t-shirt when Stachowiak stated “F**k black lives” and began trying to argue with Patrick.

As their argument continued, he observed Stachowiak draw and extend an ASP Baton as he and the suspect backed away from each other. He also stated that he heard Stachowiak state “I’ve got a gun too and know how to use it” while placing his hand on what Patrick thought was a concealed holster.

“I made contact with Aldi management to view security footage of the incident . The video contains no audio but does show Mr. Stachowiak arguing with Mr. Patrick. Their argument continues and Mr. Stachowiak draws and extends an ASP Baton from under his shirt as he backs away from Mr . Patrick.”

A deputy made contact with Stachowiak at his residence. The suspect claimed Patrick “came at him” during the argument and he extended the baton because he believed that Patrick was about to assault him. Stachowiak also stated that he told Patrick that he was carrying a gun in case he was not scared of the baton.

The Aldi security footage does not support Stachowiak’s account of the incident, a report says. At the time, Stachowiak was issued a citation. 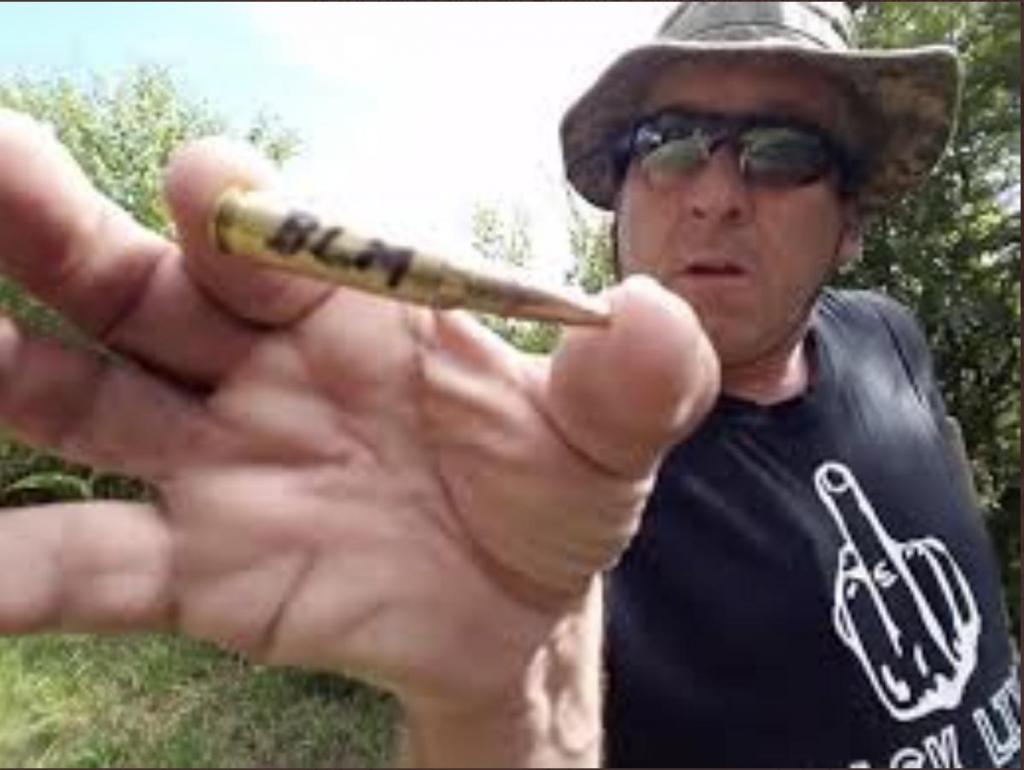 The Southern Poverty Law Center lists Stachowiak as an anti-government extremist “who has called Islam a mental disorder and urged his followers to shoot black women and children.”

The victim said the image depicted him as a terrorist, and he believed the act exposed him to hatred, contempt and ridicule. The suspect apparently took the image from the victim’s LinkedIn profile.

The man told Columbia County authorities he felt the mistake could have made him a target and led to harm against him and his family.