Martinez Mom was Drunk in Wreck That Injured Kids 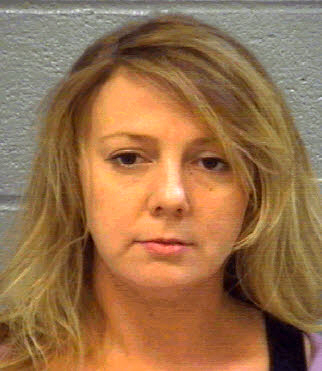 A Martinez mother was drunk when she swerved into another lane and caused a wreck that ejected two children from her car, authorities said.

Kelly Nicole Pride, 34, was arrested last week and charged with DUI, serious injury by vehicle, reckless driving, endangering a child while DUI and more in connection with the Nov. 5th wreck. Two girls, ages 7 and 14, were ejected through a rear hatch back window and had to be taken to the GRU Hospital Trauma Center, a report says.

Pride was rounding a curve on Blue Ridge Drive  at 12:40 a.m. Nov. 5 in a Jeep Liberty when she crossed the center line, striking a Jeep Grand Cherokee driven by 43-year-old Daffaney Williams of Evans. The collision caused the suspect’s vehicle to strike an embankment.

One of the children ended up in the ditch and the other on the shoulder of the road, a report says. Sheriff’s Capt. Steve Morris said the 14-year-old girl suffered serious injuries while the younger girl’s injuries were less severe.

An investigation led to the charges last week against Pride and she was booked into the Columbia County Detention Center. Some of the charges also accuse her of having no seat belt on her passengers and driving too fast for conditions.