N. Augusta Father of Four Shot to Death in Home 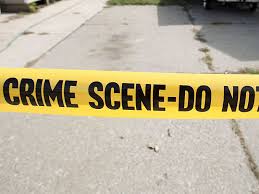 A 21-year-old North Augusta man was fatally shot in his apartment Tuesday morning while his wife and four children were at home, authorities said.

Police are talking to his 20-year-old wife and there are no other suspects, NADPS LT. Tim Thornton said.

The children — ages 4 months, 1, 3 and 4 — were at home but were unharmed, he said. They have been turned over to their grandparents.

Police received a 911 call about 10:30 a.m. Tuesday at North Augusta Gardens Apartments on Hugh Street about a shooting. The victim was found with a gunshot wound to the head and was rushed to GRU Hospital, where he died. His name has not been released.

Lt. Thornton said SLED has been called to assist in the investigation. Asked if the wife is the shooting suspect, he said he was “not sure.”

“Right now, we’re just trying to sift through the pieces,” he said. “We don’t have anybody else of interest. We believe we have everybody involved in the incident identified.”