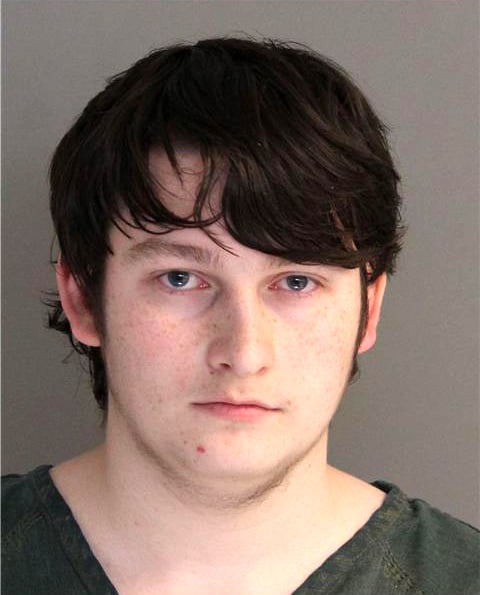 A senior at North Augusta High School was arrested for bomb threats Wednesday after a teacher turned over the student’s journal to police, The Jail Report has learned.

Kyle Becnel, 18, has been charged with making a bomb threat.

According to Public Safety Lt. Tim Thornton, the senior’s journal was given to police because the school found it threatening.

“He made reference to wanting to blow up the school and made comments about killing himself,” Lt. Thornton told The Jail Report.
“Of course, he said after the fact, that he was not serious about anything he wrote in the journal. But we are living in a day and age where we can’t take him at his word. We are going to have to make an arrest.”

Authorities searched the teen’s locker and home, looking for evidence that Becnel was serious, but they had not found anything by tonight, Lt. Thronton said.

Students in Becnel’s class are required to make regular journal entries. Lt. Thornton said students should not even joke about blowing up the school.

Becnel is being held at the Aiken County Detention Center.

In an unrelated case, a bomb threat was received Wednesday afternoon about the Academy of Richmond County. An unknown male called emergency 911 at 2:17 p.m. and related that he was being held hostage and that a teacher was threatening to blow up the school. Authorities conducted a thorough search of the inside and outside of the school, which produced negative results for anything suspicious. All teachers were accounted for, and an investigation continues.