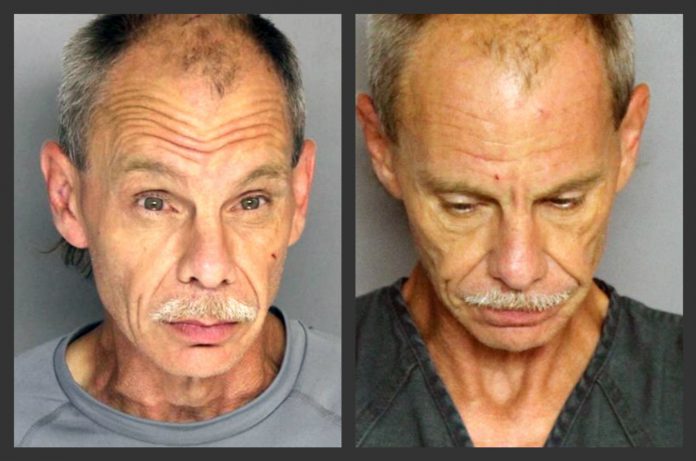 A North Augusta man has been arrested a second time for exposing himself to residents of his neighborhood.

A resident of Dogwood Drive complained that 53-year-old Gregory Langdale came up to her fence with a blanket wrapped around his waist Tuesday night and asked her to help him it off. He then exposed himself to her, according to a sheriff’s report.

It’s the second time the man’s neighbors have reported him for indecent exposure.  He has a pending case from April 2017 for allegedly being naked and entering a neighbor’s residence while in the presence of several minor children. In that case, the victim provided deputies with cell-phone pictures of the naked suspect.

In Tuesday’s case, Langdale told authorities that he did not expose himself. He said he was “trying to escape the electricity” when he fled his house on Tulip Drive.

From a sheriff’s report: “The subject stated that he was in his house when he was shot by electricity in his prostate and it felt like it was going to explode out of his penis. He then grabbed a blanket and ran out of the house to get away from the electricity.”

Langdale has a long history of arrests, including many drug, shoplifting and traffic offenses, according to online court records. It’s unclear why there has not been any resolution to his first indecent exposure case, which happened 16 months ago.

For more crime news, pick up the current edition of The Jail Report sold in local gas stations. 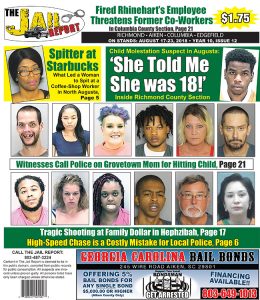