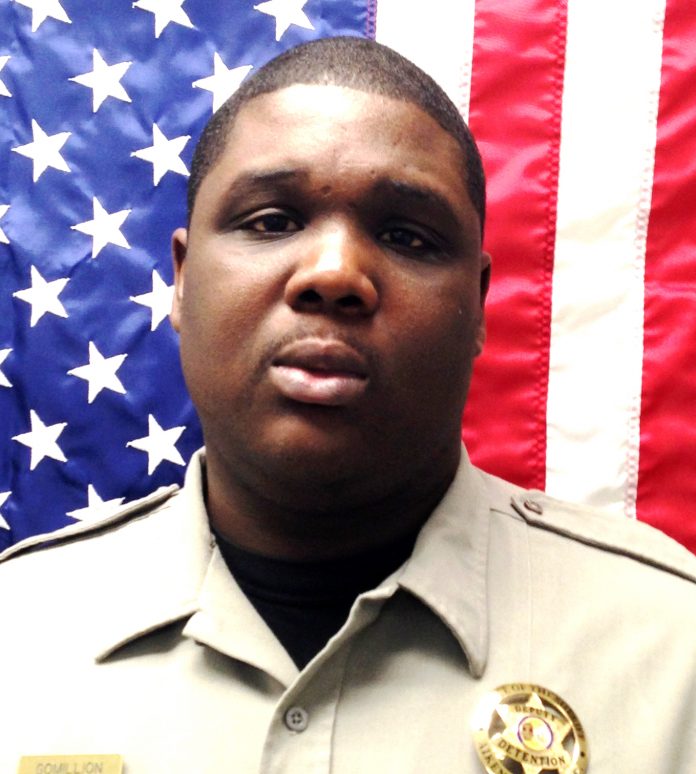 An Aiken County jailer accused of soliciting male inmates will not face criminal charges, according to Solicitor Strom Thurmond Jr.

Dequan Gomillion was fired Sept. 16 after just  two months as an officer at the Aiken County Detention Center. Three inmates complained to another jailer that Gomillion had spoken to them about possible sexual favors while working an evening shift.

Jail Capt. Nick Gallam said Gomillion was interviewed and subsequently fired and an investigation turned over to SLED. He described the officer’s actions as sexual talk.

“We do hold our employees to a higher standard,” Capt. Gallam said. “As soon as we got word of the allegations, we did as we always do, we conducted a thorough investigation. … We weren’t sure on the criminal aspect of it, so we turned it over to (SLED)”.

According to Thurmond, after the jailer was terminated from the jail, he hired an attorney and refused to speak about the allegations.

Thurmond declined prosecution last month in a letter to SLED. “While I concur with the decision for termination, I find no criminal wrongdoing, and deem this matter closed,” the solicitor wrote in the Nov. 19th letter.

The Jail Report has an Open Records Request with SLED for the investigative file and specific allegations against Gomillion. But the state agency has not turned them over despite the case being closed for several weeks.

The Aiken County Detention Center has an in-depth hiring process that includes a polygraph test, background investigation, and more.

“We try to weed out those people that would not be trustworthy, the people who we don’t want to employ to manage inmates,” Capt. Gallam said. “Unfortunately, we get bad apples, and when they violate policies that the sheriff sets forth, we investigate and if there is reason to believe they violated policies, we take action.”

The detention center, as an extension of the federal Prison Rape Elimination Act, investigates any sexual abuse or sexual misconduct by their staff or inmates, Capt. Gallam said.