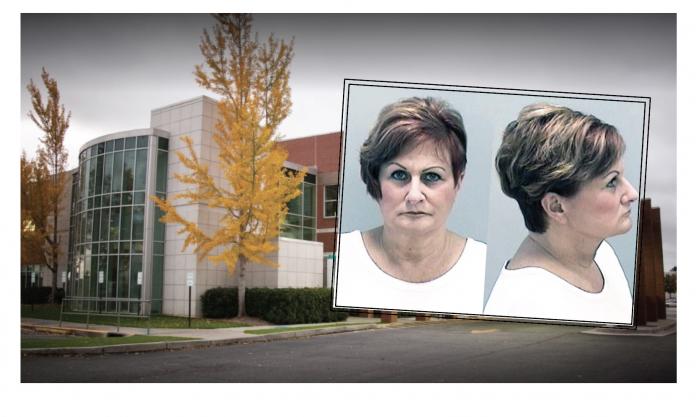 UPDATE: The GBI says that Susan Thigpen actually stole $893,000 more than she was authorized to take as salary while working at Women’s Health of Augusta. An earlier version of the story quoted an arrest warrant that suggested she had stolen only $425,000.

An office manager embezzled nearly half-million dollars from Women’s Health of Augusta without anyone noticing for five years, authorities said.

Susan Hankinson Thigpen, 59, doubled her own salary from 2014-2019 before quitting her job last summer at the OBGYN office, according to an arrest warrant.

Still, months went by after she left before employees realized the theft and noticed that the former office manager had taken a salary of $162,000 a year. Thigpen’s crime unraveled with an investigation by computer forensic specialists with the Georgia Bureau of Investigation.

The probe climaxed with a GBI search warrant two weeks ago at her home on Old Augusta Road in Dearing. She was finally arrested Monday for one felony count of computer theft and remained in the Richmond County Detention Center on Wednesday afternoon under a $27,700 bond.

Women’s Health of Augusta has provided comprehensive Obstetrics & Gynecological Care to women for over 40 years.  The office is located at 1303 D’Antignac Street in Augusta.

An arrest warrant says Thigpen was responsible for processing payroll and had access to the online portal with Automatic Data Processing Inc. (ADP). She deceitfully increased her salary without authorization, paying herself $893,000 between January 2014 and June 2019, the warrant says. She was only supposed to earn $425,000 during that period, the warrant says.

That means Thigpen was supposed to make only $77,000 each year. Instead, she doubled her salary, giving herself a weekly salary instead of a bi-weekly salary like other employees.

Officials with Women’s Health of Augusta had no comment on the arrest. A message left for Thigpen’s attorney, John R.B. Long, was not immediately returned.