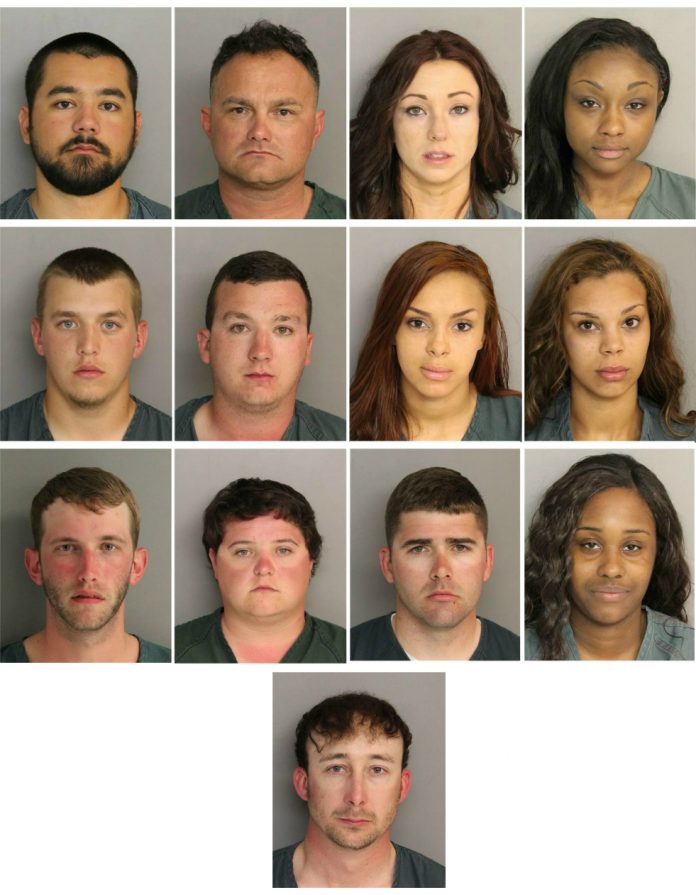 A crowd of men were told by deputies to quiet down and stop cursing at the Aiken Steeplechase event Saturday, but instead they blasted a “F*** the Police” song and chanted along, authorities said.

Deputies responded by arresting several of them, part of at least 13 arrests made at the Steeplechase event. Five of the day’s arrests were from an unrelated fight among women, sheriff’s Capt. Eric Abdullah said.

In the first incident, deputies responded to Site 605 at the horse-racing event around 4:30 p.m. Saturday for a report of underage drinking and drunk men who were cursing loudly, a sheriff’s report says. Witnesses also complained that the subjects were leaning on people’s cars and being disrespectful to other people.

A deputy didn’t find any underage drinking, so he asked 22-year-old Thomas Aaron to please keep the noise and foul language down, respect other patrons and stay off other cars, a report says.

Suspect Johnny Day began to ask deputies what they were staring at. Day told deputies his home address and dared them to meet him there one-on-one to “take care of any problems.”

Deputies again asked the group to calm down, but the intoxicated men only got louder around nearby children and families. Next, someone put a song on their radio that said “F*** the Police” and the suspects began to sing along loudly.

Also arrested for being drunk and disorderly at the Steeplechase: Jordan Babb, 23; Daulton Reed, 20; Nicholas Rushworth, 27, and Matthew Hubaboon, 21.

Capt. Adbullah said at least one person was cited, but he estimated the number of arrests totaled 13 or 14. Two vans were utilized to carry the arrested to the jail.

Besides the arrests, Capt. Abdullah said the event went off fairly well, saying his agency was able to remove the offenders to keep order.