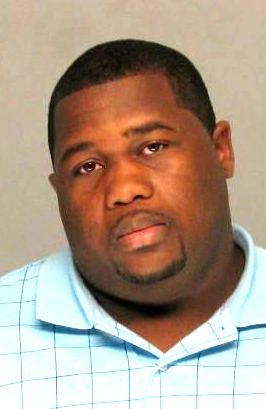 UPDATE: NEW DETAILS IN AUGUSTA’S DOUBLE MURDER:
The Jail Report has learned that killer Cedric Harris’ wife officially filed for divorce just two weeks ago, a possible reason he tracked her down early Sunday and shot her, her sister and a male relative.

After the shootings, the 30-year-old suspect drove to McDuffie County and shot himself to death, authorities said.

A check of court records shows that April Paulk filed for divorce on July 5, 2013, against her husband, a man with a history of domestic abuse against her. Relatives told WRDW that Paulk was trying to get a restraining order.

In 2011, Harris was charged with tracking her down at a local park, jumping a curb and ramming her vehicle with his SUV. He received a plea deal and probation in that case, which was overseen by Judge J. Carlisle Overstreet. He also has a conviction for family violence in 2007 which led to probation.

On Sunday, authorities say the shooting took place at a home on Stanton Court. The sheriff’s office spokeswoman is remaining hush-hush on the double murder as the investigation continues. There were no updates Sunday night.

Original Story: An Augusta man with a history of domestic abuse has killed his ex-wife and an unidentified man and injured a third person at a home in the Pepperidge subdivision, authorities say.

The suspect, 30-year-old Cedric Tobias Harris, was found later in McDuffie County with a wound that appears to be self-inflicted, sheriff’s Sgt. Monica Belser said in a press release. His condition is unknown.

Authorities have not identified the victims.

Early Sunday, deputies were called to the 3600 block of Stanton Drive for a domestic shooting.

“Deputies discovered one deceased female and one deceased male at the scene,” Sgt. Belser said in a press release. “A third victim was also shot and was transported to GRU and is now listed in critical condition.”

The sergeant said Harris is “believed to be the ex-husband of the deceased female.”

Harris has been arrested at least twice before in Richmond County for domestic issues, including a 2011 incident when he stalked his child’s mother, followed her in his SUV and rammed her vehicle in Bayvale Park after jumping a curb. The woman and another man in the car suffered minor injuries.

A judge agreed to dismiss one of two aggravated assault charges against Harris and reduce the other to criminal damage to property, handing him probation and a fine.