RCSO Captures Rape Suspect, Eight Years After Woman is Kidnapped from the Side of Augusta Road!

It took five years to identify him as the stranger who kidnapped a woman from alongside an Augusta roadway and raped her at gunpoint.

It took another three years to get him to face the charges in Richmond County.

Delonte Kitchens, 29, is now being held in Richmond County for a 2011 rape and kidnapping case that occurred behind Bon Air Apartments. He was arrested Monday.

It happened on New Year’s Day 2011. A 25-year-old woman was walking at 4 in the morning on Britts Lane when a vehicle pulled up and a man ordered her into his car at gunpoint. He drove her behind Bon Air Apartments and forced her into having sex with her. He then made her put her clothes back on and released her.

At the time, authorities could not find a DNA match. But Kitchens eventually got arrested in South Carolina where his DNA was taken, and it matched this case. He was arrested there in 2016 and was extradited this week to Georgia.

Kitchens is being held without bond at the Richmond County Detention Center on charges of rape, kidnapping, aggravated sodomy, weapon possession and a site court bench warrant.

Kitchens has a past involving sexual crimes. In 2007, a student at Glenn Hills High School said Kitchens raped her. He was 16 at the time but was charged as an adult. In October 2007, the charge was reduced to misdemeanor statutory rape and he was sentenced to a year of probation. 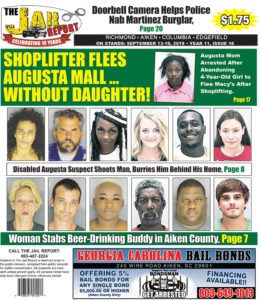