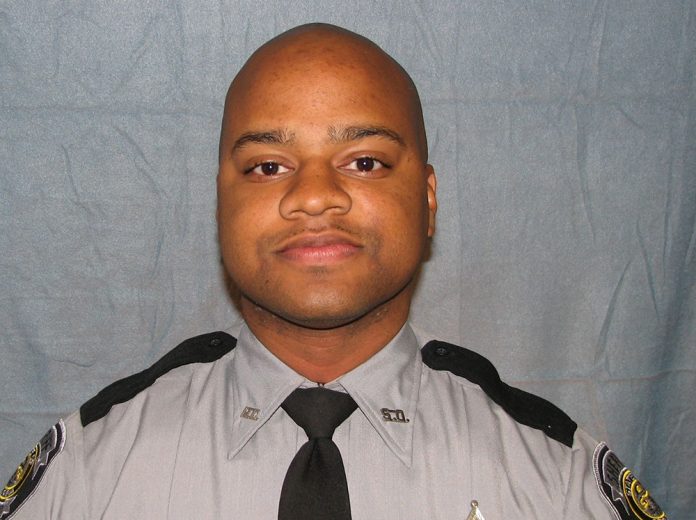 A Richmond County deputy was arrested for misdemeanor battery and trespassing Saturday morning after a domestic dispute, authorities said.

Just after 3 a.m. Saturday, deputies responded to a residence on the 3500 block of Crawfordville Drive in reference to a domestic disturbance. They found off-duty Deputy Danafrey Clanton had been the primary aggressor in the dispute and left the residence prior to deputies arriving.

“Deputy Clanton was discovered in a neighbor’s back yard, was taken into custody and committed to the Charles B. Webster Detention Center,” Lt. Rollins said in the press release. “Deputy Clanton is charged with Misdemeanor Battery under the Family Violence Act and Misdemeanor criminal trespass.”

The Jail Report has asked the sheriff’s office for the full incident report in the case and the officer’s history with the agency.

There are Facebook videos of Clanton at the police academy undergoing training in pepper spray and tasers. View them by clicking here.

Check back here for more…