Did Christopher Moody take a green and black gun from a local woman’s home?

Richmond County authorities want to question the Augusta man, and they put out a Wanted poster in the case with his photo. (See below.)

According to a sheriff’s report, the victim told deputies that Moody was the only one in her apartment when the gun was taken on Jan. 14. She left him in her home by himself when she went to pick up her kids. Moody left hours later and she noticed $10 cash and her gun missing.

The woman said the only people in her apartment were Woods and her young children. She messaged Wood about her missing firearm.

The woman told authorities that she never told Moody the price of the firearm. The weapon is described as a black and green SCCY CPX-1 9 mm handgun with one magazine. 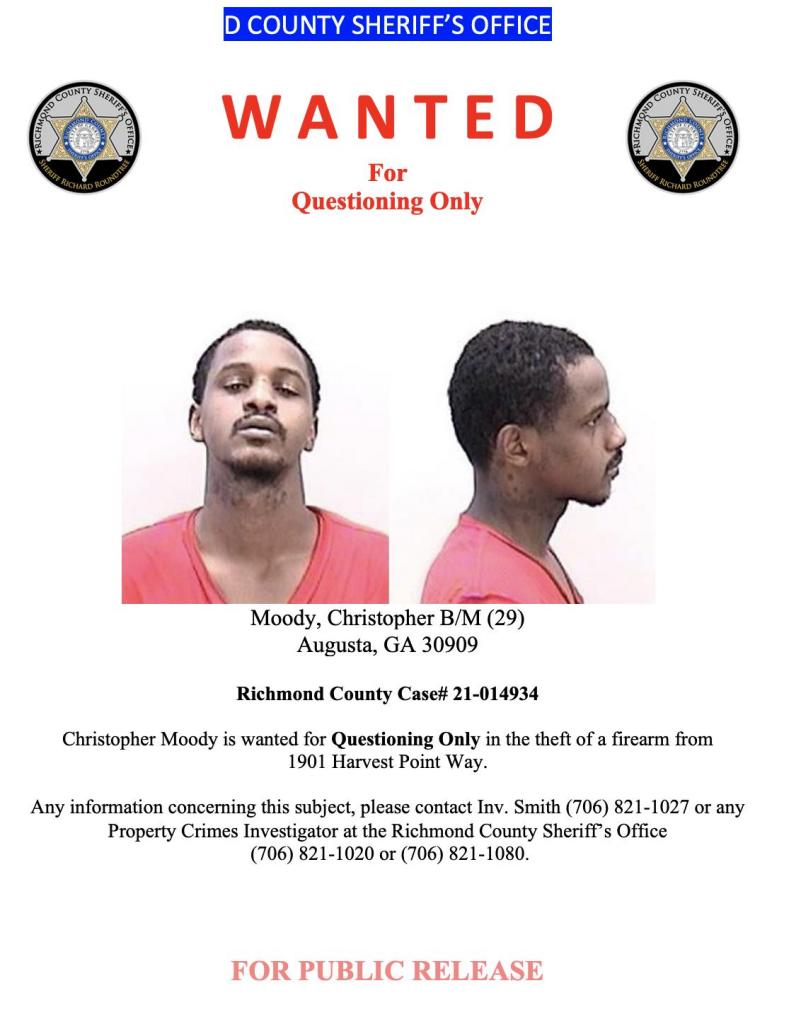