A Richmond County jailer was arrested Thursday after allegedly pointing a gun at another motorist on Interstate 20 in Aiken County, authorities said.

Deputy Jailer Michael Grate remained in the Aiken County Detention Center on Friday afternoon pending a 3 p.m. appearance in bond court. His charges include pointing and presenting a firearm and unlawful carrying of a firearm.

The Richmond County Sheriff’s Office said they learned of the arrest and placed Grate on administrative leave until an Internal Affairs investigation has been completed.  He was hired on Oct. 31, 2020.

Grate not only lied about pulling the gun in a road rage incident on the interstate around rush hour Thursday, but he also was found with a loaded pistol in his Chevy Camaro despite having an expired concealed carry permit, according to a sheriff’s report.

The other driver was a man from North Augusta. He told deputies that “he and Grate were involved in a rolling altercation (road rage) that ended when Grate rolled down his driver window and pointed a firearm at him,” a sheriff’s report says.

Here is the narrative: 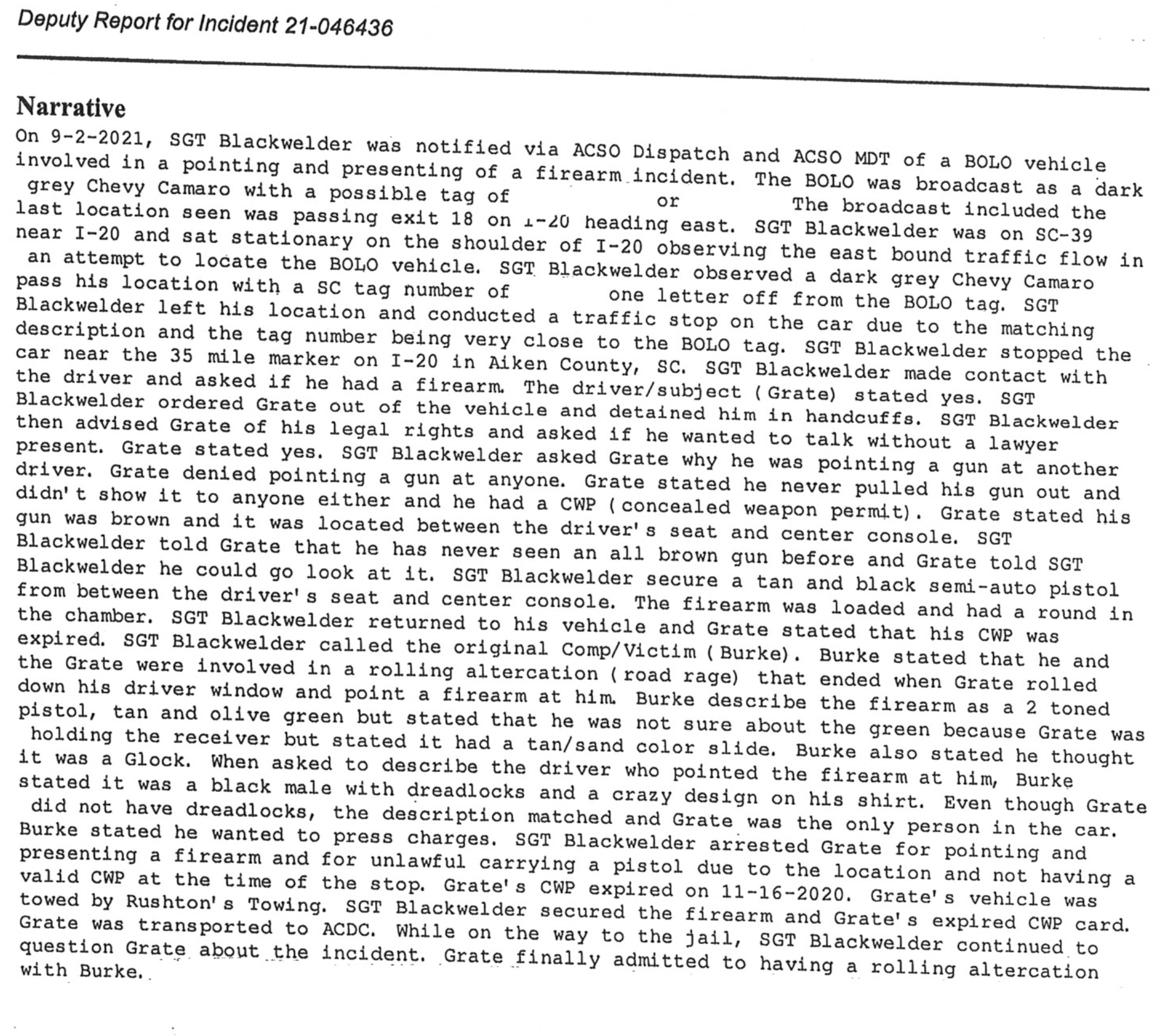