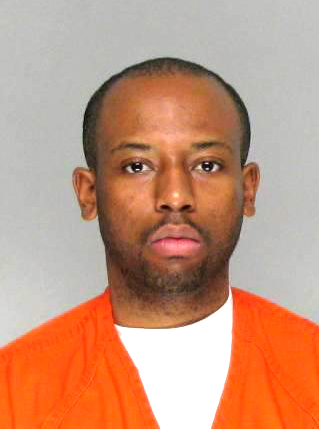 The Richmond County Sheriff Office has charged Ryan David Jones with 3 counts of Murder and Possession of a Firearm during the Commission of a Crime in the deaths of his parents and brother.

The victims’ bodies were discovered off of Matthew Court. (Initial reports indicated that the Incident Location was Mickey Court, however, after verification from the County’s GIS Site it was found that this unmarked street is Matthew Court). Ryan Jones, 26, was originally being held as a Person of Interest in the deaths of his brother and his parents, who he lived with.
After a media release, Investigators received a phone call from Steve Jones, who requested the Sheriff’s Office check on the welfare of his family at 3729 Pinnacle Place Drive, Hephzibah, GA 30815. Steve Jones advised he had no contact with his parents, Roosevelt and Edna Jones, or his brother Russell Jones since May 20.

After obtaining search warrants for the residence and reviewing the scene, it was the common consensus among experienced Violent Crimes Investigators that multiple murders had occurred within the residence. Crime Scene Investigators who had processed the original scene viewed photographs of Edna Jones, Roosevelt Jones, and Russell Jones located within the residence and found that the bodies discovered earlier had the same appearances of Roosevelt Jones, Russell Jones and Edna Jones.

During autopsies of the three bodies located in the fire it was determined that each victim had been shot at least once. Ballistics evidence recovered during autopsy and at the residence was later compared to a firearm belonging to Ryan Jones and recovered at the time he was taken into custody, proved to be a match.

Jones is being held without bond at the Richmond County Jail.