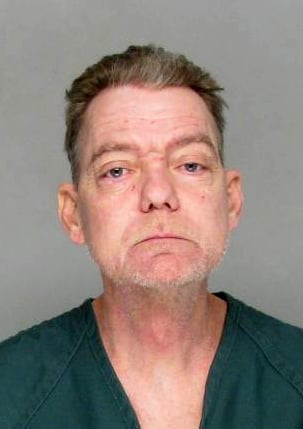 Press release from The Richmond County Sheriff’s Office regarding an inmate death:

On September 30, 2014, Nigel Rudolph Miller a 55 year old white male, passed away at GRU hospital after a short stay. Miller became an inmate at the Charles B.Webster detention center after having his probation revoked on September 3, 2014. He had 1 year and 22 days left on his sentence.

Nigel Miller (pictured), upon entering the detention center advised deputies that he was on medication and had several serious medical conditions. After an evaluation, he was housed in the medical unit where he remained during his stay at the detention center. During this stay, he was treated for his conditions.

On September 29, Miller was taken to GRU for treatment when his conditions worsened and the medical staff recommended that he should be treated at a hospital.

The medical staff at GRU advised the Sheriff’s office of Miller’s prognosis and Miller was allowed to have visitations by his family at the hospital.

The Sheriff’s office is conducting a review of Miller’s file. An autopsy has been conducted at the request of the Coroner’s office and the preliminary report indicates that Miller’s death was from natural causes.

In September, Troy Michael Smith, a 51-year-old Columbia County inmate with a history of medical issues, died at the Appling  jail.

Sheriff’s Capt. Steve Morris said Smith had a history of seizures and his death is related to his poor health. An autopsy showed the inmate died of natural causes, Capt. Morris said.

“It appears he died in his sleep,” he said.

Smith has been in the jail since March 29, when he was booked on charges of habitual violator, marijuana possession and failure to maintain lane.

Earlier in September, the suspect filed an appeal for a speedy trial.