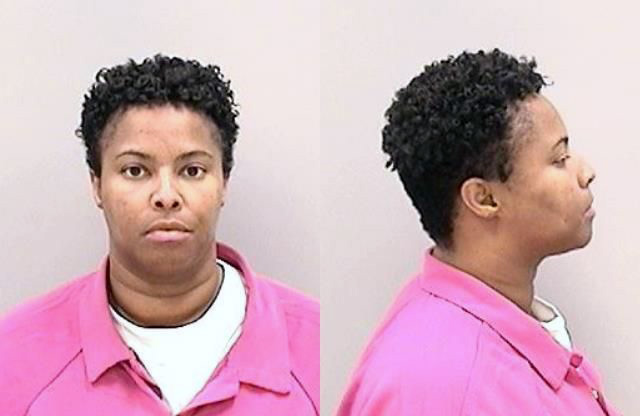 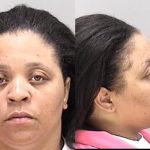 UPDATE: Ashley Hunter has been taken into custody in connection with the drug operation. Here is her mugshot.

A Richmond County School Officer was arrested Tuesday after an investigation into a stolen duty weapon revealed she was involved in illegal drug activity with another woman, authorities said. 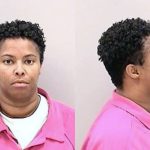 BOE Public Safety Officer Gretchen Moran was arrested in Augusta and former Thomson Police Officer Ashley Hunter is being sought. The are both accused of participating in “illegal activity that involved drug use and drug sales,” a sheriff’s press release said. Moran is pictured second from left in above Facebook photo, and at right in booking photo.

The Richmond County Sheriff’s Office began an investigation at the request of the Richmond County Board of Education Public Safety Office because BOE Public Safety Officer Gretchen Moran reported that her duty weapon and equipment were stolen from her assigned BOE patrol car on Jan. 17. Moran previously reported that the light bar and hubcaps were also stolen off of her assigned patrol car on Sept. 30.

Moran was arrested and booked into the Charles B. Webster Detention Center and charged with Violation of Oath of Office and Use of Communication Device in Committing a Felony, a report says. 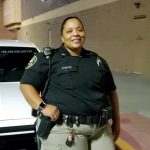 Arrest warrants for Hunter have been issued for Violation of Oath of Office and Use of Communication Device in Committing a Felony.

A photo of Hunter from her Facebook page is shown at right.

Check back here for more updates.