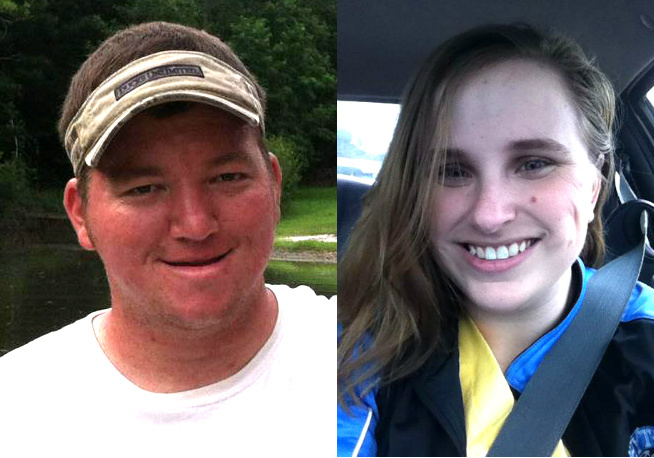 Richmond County authorities continue to look for the suspects in the brutal beating of a couple at the Riverwalk in Augusta.

Wesley Spires, 27, of Edgefield, and Ashley Solesbee 25, of Belvedere, told authorities they were sitting on a bench behind the old Fort Discovery at #1 7th Street at 11 p.m. Friday when two black males approached them, according to a sheriff’s report. The two males demanded money.

When Spires and his girlfriend didn’t produce any money for them they started hitting Spires and Solesbee with some type of bat or pipe. The suspects fled on foot down the Riverwalk towards 6th Street.

Spires and Solesbee were able to make it to Spires’ truck which was parked somewhere near 8th Street and Spires drove the two to University Hospital.

Hospital officials told investigators that Spires had a skull fracture and bleeding on his brain, along with several lacerations on his face and head. He also had a broken right hand. Solesbee suffered several facial fractures and injuries to her head.

According to EdgefieldDaily.com, the robbers first asked to use Spires’s cell phone, and the victim obliged and dialed the number for the man, placing the call on speakerphone. It was then the pair demanded money and began the attack when the couple didn’t produce any.

Spires remains in an induced coma, according to EdgefieldDaily.com. The girlfriend was previously released but was readmitted on Sunday.

(The couple are pictured here in images posted on their Facebook pages.)