An employee of Sam’s Club was charged Monday with a felony theft involving about $10,000 in merchandise.

Jehon Stewart, 27, of Augusta, is accused of helping someone remove thousands in merchandise from the store on Bobby Jones Expressway. The thefts took place between Aug. 8-28, according to a sheriff’s report.

“Stewart was an employee at the store and Stewart falsified the verification of merchandise at the exit door,” a report says. “Stewart admitted to the theft and claimed he was coerced.”

Stewart was arrested Monday and charged with theft by deception, a felony. He is free on bond.

Also, additional suspects are now being sought in the case for questioning. 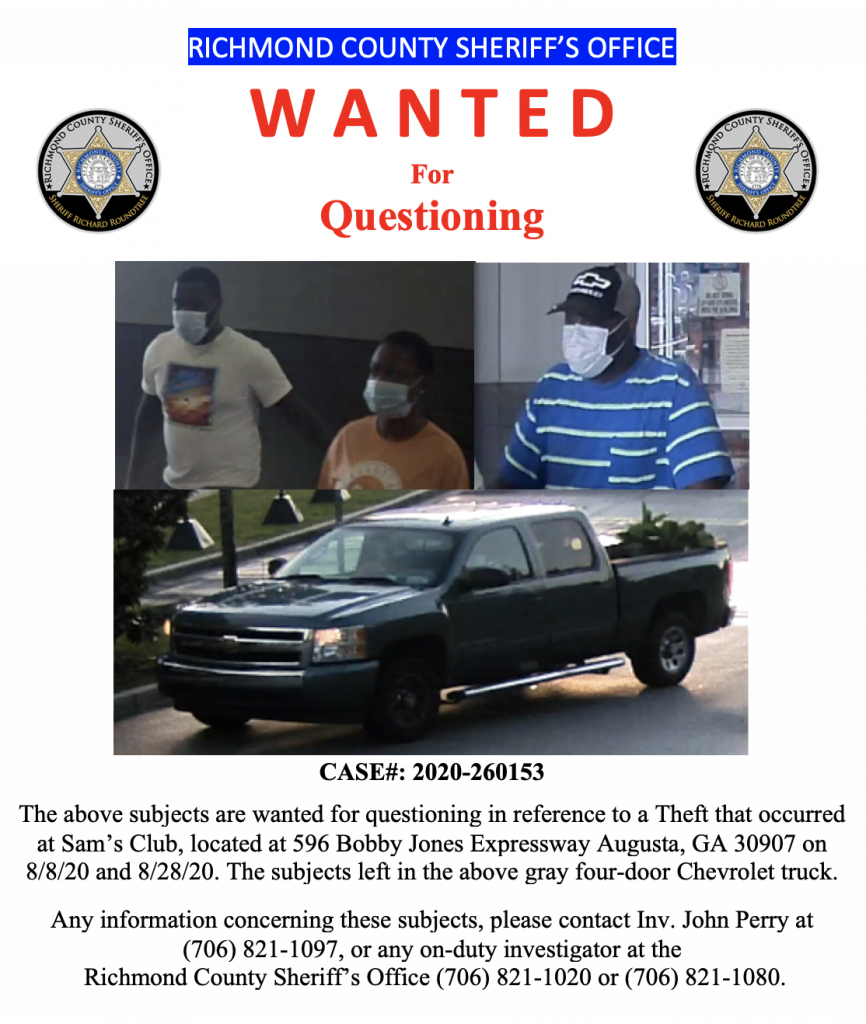