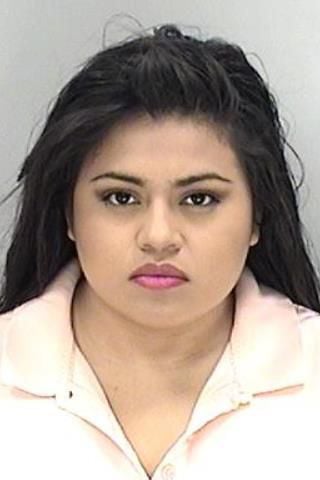 Marlin Azucena Dean, 21, of Ansley Court, Augusta, was charged Friday with shoplifting. She is accused of shoplifting from the Sears at Augusta Mall, according to an incident report.

Marlin Dean allegedly took some clothes to the Sears dressing room Friday afternoon and came out without anything. She then selected several other items and took them in the same dressing room before leaving 24 minutes later. After checking the dressing room, employees found a few empty hangers among the items that Marlin Dean had left in the room. They continued to follow her until she stepped on the other side of the threshold of the stores lower level exit. Employees confronted her and she admitted the theft. In fact, Marlin Dean was wearing the bathing suit she had stolen, a report says. The other items taken were a shirt, skirt and body shaper, all valued at over $200.

This event was recorded on the businesses video surveillance, the report says.

Marlin Dean last made news in December 2012 when she pleaded guilty to burglary in Columbia County for stealing jewelry from her adoptive mother and selling it at pawn shops. Superior Court Chief Judge J. Carlisle Overstreet sentenced the young woman to seven years probation, with credit for time served since her July 21, 2012 arrest, under the First Offender Act. Dean, 19 at the time, was ordered to pay $17,100 in restitution and a $500 fine.

Marlin Dean’s adopted father, Scott Dean, was convicted in December 2011 of molesting another of his adopted daughters. He was sentenced to 20 years in prison.

The allegations about Scott Dean surfaced when Marlin Dean ran away from home. She was later found in Mexico and told investigators by phone that Scott Dean had tried to have sex with her. She later recanted.