SEE THE VIDEO: Aiken Teen in Triple Homicide was an Aspiring Rapper

Friends of slain Aiken teen Willie L. Garrett IV are remembering him as an aspiring rapper who had a possible future in the music industry.

The 17-year-old victim even starred in a music video that was shot locally in Aiken and featured fellow victim Cameron Carroll, who is his first cousin. 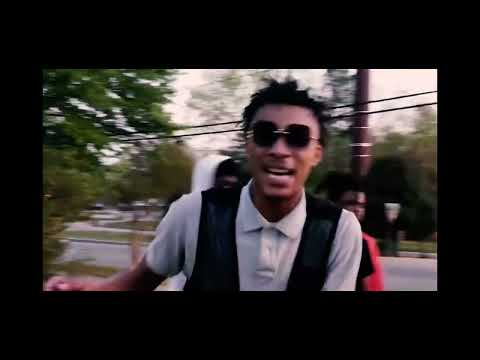 Izzy Byrd posted the video on Facebook with this comment: “You Could’ve Went Somewhere And I Just Wanted Ya Out The Way And On The Music.”

Garrett, Carroll and Ivan Perry were all gunned down Sunday on Wadley Drive in Aiken. One person has been arrested and two others are being sought.

Aiken, SC (27 June 2022, 11:15 am) – Last night on June 26th around 11:15 pm, Investigators arrested Xabian U. Bailey (18) of Aiken in connection with the Wadley Drive investigation. Developments in this investigation led investigators to 173 Lloyd Town Road, believed to be where the shooting suspects were hiding out.

Bailey was found in the house and was taken into custody without incident. Bailey was taken to the Aiken County Detention Center where he is expected to be charged with 3 counts of Murder and Possession of a Weapon during a Violent Crime.

Sheriff Hunt said, “This needless loss of life has created a void in families and a community that will have lasting effects. The quick arrest of Bailey is the result of intelligence gathering by investigators of all disciplines which include the newly assigned gang investigators. There is no doubt that this senseless violence is the result of gang members who have no regard for the sanctity of life.”

Investigators have also identified 2 additional suspects in connection with the deaths Willie Garrett, Ivan Perry and Cameron Carroll. Investigators are seeking information on the whereabouts of Alvin Artis IV (20) and a fifteen (15) year old juvenile suspect. Both are expected to be charged in connection with this case. Community assistance is important to any investigation.

We ask that if anyone has any information that would lead to the whereabouts of these suspects, we encourage them to contact the Aiken County Sheriff’s Office at (803) 648 6811. They should be considered as armed and dangerous. You can provide information anonymously through Midlands Crime Stoppers. Your tip could earn you a cash reward of up to $1,000 for information leading to the arrest of the person(s) responsible for any crime.

Aiken County Coroner Darryl Ables has released the names of three teenagers who died Sunday after a shooting outside a single-wide trailer in Aiken County.

A friend said they all attended Aiken High School. Willie and Cameron are first cousins, the friend said. They did not live on Wadley Drive, she said.

Autopsies are scheduled for Wednesday morning in Newberry, SC. The Coroner’s Office along with the Aiken County Sheriff’s Office are continuing with the investigation.

At  the time of this post, officers were still looking for a black Hyundai Elantra or Sonata with four doors carrying three black male suspects, sheriff’s Capt. Eric Abdullah said. A motive is unclear, but the spokesman said “it does have that indications that it is gang-related.”